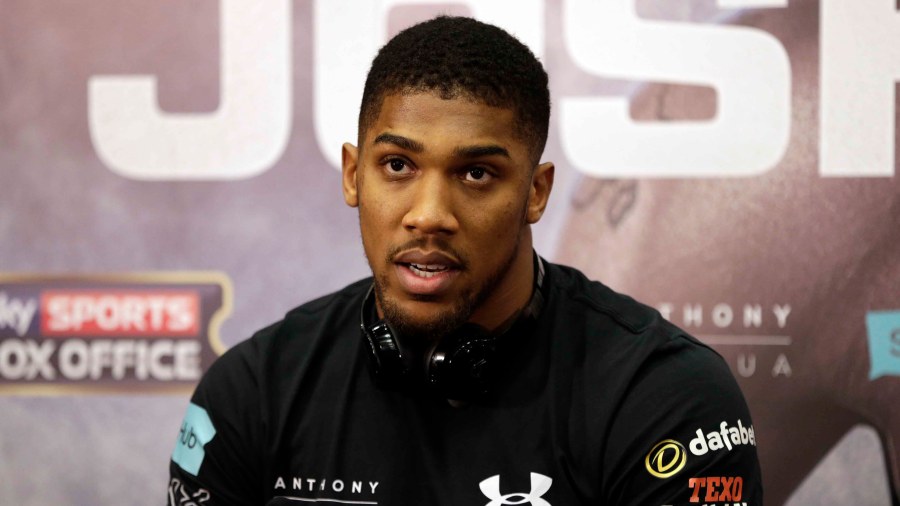 AS the days tick down to his showdown with Wladimir Klitschko next week, Anthony Joshua is unlikely to be distracted from the task at hand. But he did hit back at Tyson Fury on social media.

Former heavyweight champion Fury fired some provocative tweets in Joshua’s direction. After an initial exchange he said, “I might be fat, but you’re a paper champ… Know your place chump! Or I’ll come back and KO you.”

With a hint of exasperation Joshua responded by tweeting, “Shut up and give me a date when you’ll be back! YOU’RE the only reason we haven’t had a fight yet! Be about what you say. I ain’t going nowhere.”

Suggesting Klitschko would beat Joshua, Fury had said, “The old gypsy king will have to pick up all the pieces again. I’m the greatest ever. All time.” Then he turned his ire on Joshua’s promoter Eddie Hearn as well, adding, “I’m that confident I can smash Anthony Joshua. When we fight I’ll do the winner takes all. Eddie Hearn is a b**** as well. Two saps together.”

There is nothing concrete on when or indeed whether Fury will return to the sport. He has been out of action since November 2015 and still needs to go before a hearing next month.