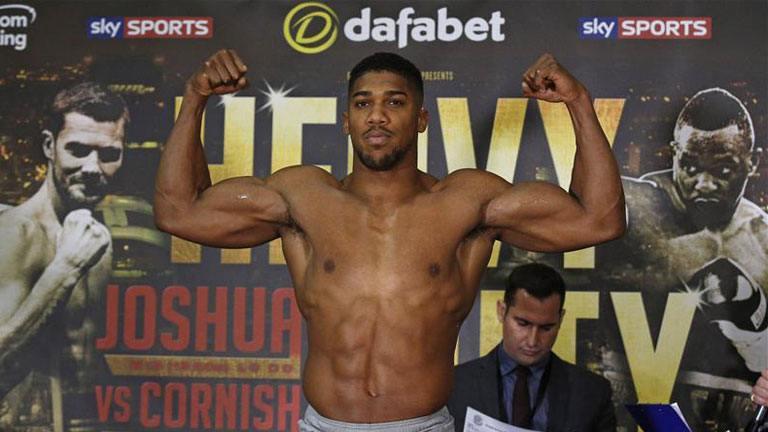 There's nothing quite like winning an Olympic gold medal. Anthony Joshua recounts the experience

ANTHONY JOSHUA has wasted little time in his career. He raced to a world title less than four years after striking gold at London 2012. “The Olympics was a different level,” he said after his win. “In the O2 you can lock away in your changing room, the Olympics you could just hear [the crowd].”

“The loudest noise was the boxing,” he continued. “How many people were at the athletics stadium? And the loudest was boxing. How mad is that? Trust me. That’s why I said that was Spartan-like. You’re locked away behind stage but you can hear the crowd roaring for blood, you’re about to step out and fight in the arena. That was gladiator stuff. That was class.

“It’s moulded me to deal with these occasions better. I wouldn’t downgrade the Martin win, but for the fact that where I’ve been, coming through my last fight, that adrenaline and so on, the Olympics helped. I put a little of the excitement [aside] and I thought, ‘It’s just a job’, I take Charles Martin out. I just want to win that belt and that’s all it was. Pure business.”

The Olympic final against reigning gold medallist Roberto Cammarelle was a different story. The drama was high, it all hinged on the last round. “I went to the corner, [coach] Dave [Alloway] said, ‘You’re three points down.’ I said, ‘Come on Dave, be honest.’ Because  they normally tell you that when you’re winning, I was like, ‘Dave, be honest.’ He goes, ‘No, Josh, I’m telling you.’ So I just went out and fought and just gave what I could. I knew I ain’t got to fight again for a couple of weeks after this, so I just gave it all I could and that was it.”