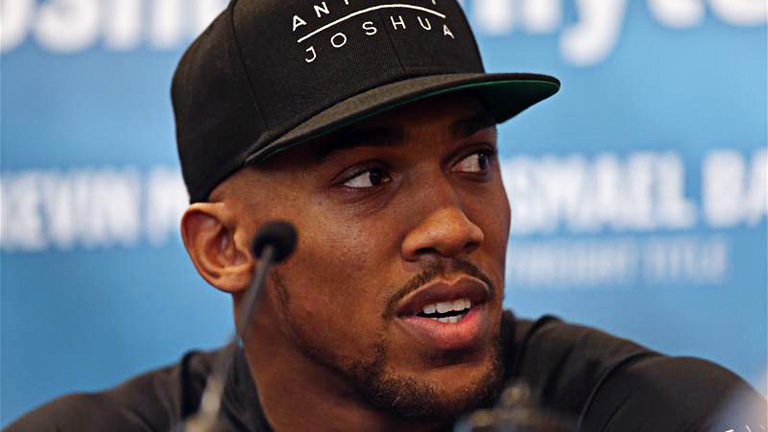 AS Anthony Joshua prepares to seek vengeance against old amateur rival Dillian Whyte on Saturday night, the Olympic champion feels the likes of Wladimir Klitschko and Tyson Fury would provide him with ‘real’ tests.

While Whyte is certainly the most confident of Joshua’s professional opponents to date – having beaten him in the unpaid ranks – few are giving much chance in their British and Commonwealth title fight.

The pair were originally slated to meet in September but an injury to Whyte’s hand pushed the fight back, and Joshua remains unperturbed by his opponent’s pre-fight jibes.

“This has been a long time coming, it should have happened in September. I’ve been patiently waiting,” he said.

“It’s just another day in the office. It comes to a stage where you’re training for 12 weeks and you just can’t wait to get in there.

“He talks a lot, talks a good game. Let’s see if he can back it up. Hopefully it’s exciting. No disrespect to any fighter but a real test would be someone like Klitschko or Fury. I’m just excited to push on. This is just routine stuff for me.”

Joshua predicted he would stop Whyte inside three rounds and also shed more light on their notorious amateur fight when they were both novices.

“The amateur fight was in 2009. I brought some people with me, I had knocked out my last two opponents so I thought I was the man,” he claimed.

“I got dropped but my heart got me back up and I fought until the final bell. It made me realise I needed to step my game up.

“I was a real novice, I trained for six months but I was on tag so I couldn’t even train full time. It showed me that I wasn’t good enough so I needed to get to the next level. I had the courage to get myself up and fight on.”