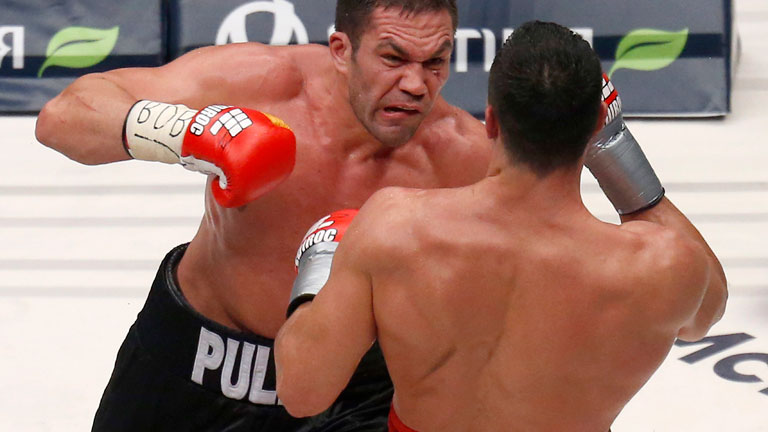 KUBRAT PULEV has two solid wins under his belt since a drubbing at the unforgiving fists of Wladimir Klitschko in a world heavyweight title shot. Having rebuilt under the radar, the Bulgarian now looks likely to meet Dereck Chisora for the vacant European title; both are promoted by the Sauerlands and the EBU have mandated the match so it should be easy to make. In the meantime, Pulev kindly spoke to Boxing News and analysed three of the top British heavyweights – Chisora, David Haye and Anthony Joshua – who, like him, want a world title.

“You do not beat a world champion without a proper defence,” Pulev imparted. “Also I learned from the Klitschko defeat to stay focused and alert, not become over-confident just because you destroyed everyone in sparring. The first fight back was a bit difficult because of the long layoff and having a new team in my corner. But you could already see in the second bout under the tutelage of Ulli Wegner that I am moving into the right direction, into title contention. There is just one goal: become the heavyweight champion of the world.”

Next: Pulev on Chisora