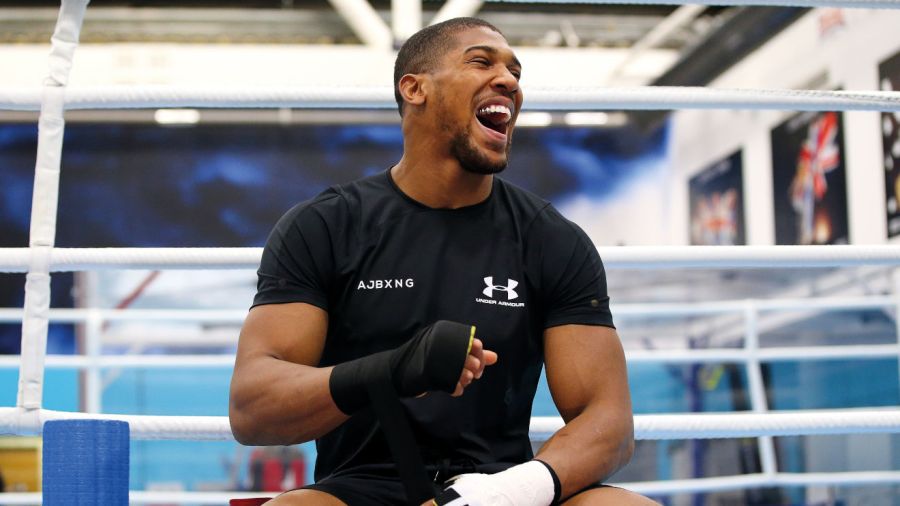 WHILE from Matchroom will move their other fighters to a new broadcast partner in DAZN, for Anthony Joshua his next fight will still be on Sky Sports Box Office.

Joshua, the biggest name in Matchroom’s stable, has one fight left with Sky in his current deal but has the option to renew that despite his promoter’s deal with DAZN.

Hearn explained, “I’m sure there’ll be an announcement in due course about AJ’s relationship with Matchroom. I know that that relationship will finish when AJ hangs up his gloves. In terms of his broadcast deal moving forward there’s no pushing and guiding from us to DAZN in terms of Anthony Joshua. That’s a decision for us, him and 258 [Joshua’s management company] to look at the marketplace and the opportunities. Obviously he’s the biggest star in British boxing and potentially world boxing as well. I can’t speak for DAZN but I’m sure they’d love to welcome him to the platform. Don’t forget they already air his fights globally. But also he has a great relationship with Sky as well and they’ll be keen to extend that relationship beyond whatever fight happens in August or September.

“This deal with DAZN doesn’t include AJ, they are well aware of his relationship with Sky, there’s nothing in the contract where we have to deliver Anthony Joshua in the UK. So it will be a decision based on the best interests of Anthony Joshua. That’s a decision that will be taken between Anthony, 258 and Matchroom to look at the opportunities in the UK market.”

That next fight for Joshua will not be Tyson Fury for the undisputed heavyweight crown. It could be Ukraine’s Oleksandr Usyk, the mandatory challenger for the WBO belt that Joshua holds. “That’s a very tough fight as well. Right now plans for undisputed are well and truly on ice because I don’t trust a word that lot say anyway. But for now we’ve got to both focus on those next fights because no room for slip ups,” Hearn said. “[The Usyk] is being negotiated at the moment but it’s certainly the favourite to happen next.”

The promoter expects the WBO to extent the deadline for Joshua-Usyk purse bids by a couple of days. “Which we’re speaking to the WBO about and then after that purse bids will be called in seven days, and you can do a deal up to obviously the purse bid date. So conversations are positive. Obviously we have a good relationship with the Usyk team,” Eddie said. “We haven’t reached a deal yet but we’re hopeful that we do.”