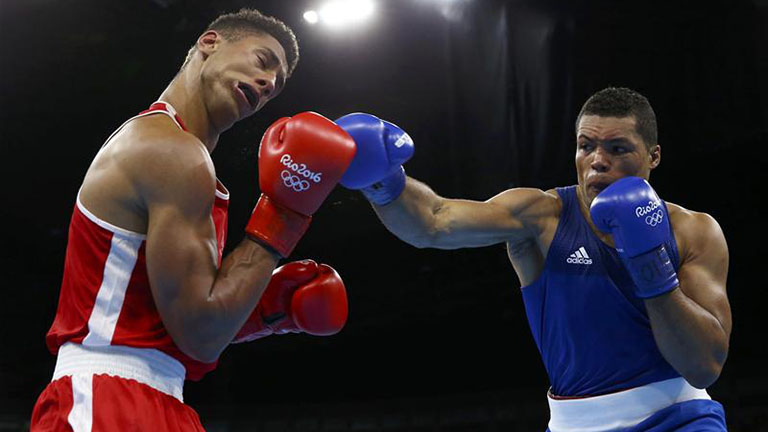 SUPER-HEAVYWEIGHT Joe Joyce has returned to Britain with an Olympic silver medal. That is a tremendous achievement but Joyce, given his the volume of punches he threw and landed, felt he deserved the decision against France’s Tony Yoka in the 91&kgs final.

Anthony Joshua, the 2012 Olympic super-heavyweight gold medallist and reigning IBF heavyweight champion, was ringside for Joyce’s final. Joshua, who has sparred Joe and even boxed him in the (distant) past, gave his verdict to the BBC.

“I’ve never seen a lightweight, let alone a heavyweight, throw so many punches in a fight before. We’ve been talking about counter-punching and aggression, Joe was aggressive, making the fight. The power that he possesses, there’s no way you can block them shots. He’s penetrating gloves, penetrating body. For me he’s Olympic champion,” Joshua said.

“In spirit he’s champion, he’s done so well. As much as I want him to have the medal, I’m so proud of what he’s achieved.

“He’s a credit to the sport in and out of the ring.”