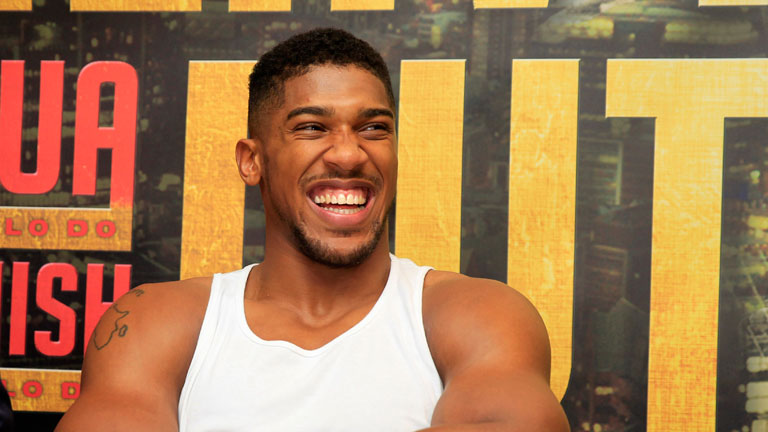 Joshua is as driven as ever for amateur rival Whyte, writes John Dennen

FOR the first time old rivals Anthony Joshua and Dillian Whyte went head-to-head as their December 12 British title fight at the O2 approaches. At a press conference on Tuesday the tension between the two simmered but never threatened to boil over. The two heavyweights spoke quietly to one another when they came face to face. “Just a bit of probably dry banter,” said Joshua, who maintained Whyte hadn’t rattled him. “Some of the remarks he said, I don’t really understand why. It’s more confusion than getting under my skin.”

His mantra remains ‘stay hungry’. “Stay hungry is kind of like predicting the future because right now that is something I have to live by but it’s more when you start racking up belts, let’s say I win my next 10 fights, how do I win the next 11, 12, 13, 14? Right now I have to go out and be victorious but it gets to that stage where some fighters don’t need to compete any more, I want to continue,” Joshua said. First though Whyte stands between him and those ambitions.