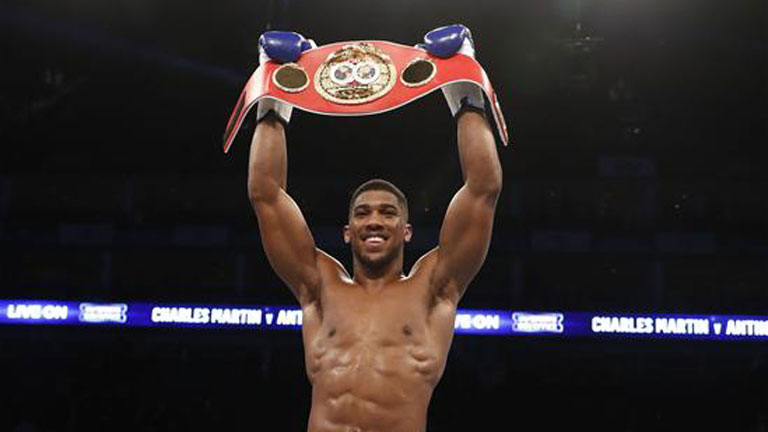 Anthony Joshua's title win could make him a national hero

ANTHONY JOSHUA became IBF heavyweight champion of the world last night after knocking out US fighter Charles Martin and Betway have installed him as 9/2 favourite to win this year’s BBC Sports Personality of the Year.

It was a stunning success by the Watford-born Olympic champion and he will be bidding to become the first boxer to win the award since Joe Calzaghe in 2007.

Jessica Ennis-Hill and Jamie Vardy are next in the betting at 8/1, while two-time winner Andy Murray is 10/1.

Betway’s Alan Alger, said: “Anthony Joshua is an absolute superstar and a potential fight towards the end of the year against either Tyson Fury or David Haye could leave him nailed on to win Sports Personality.

“It’s an Olympic year, though, so we’re happy to lay 9/2 at the moment. There could be plenty of movement in this market over the summer.”