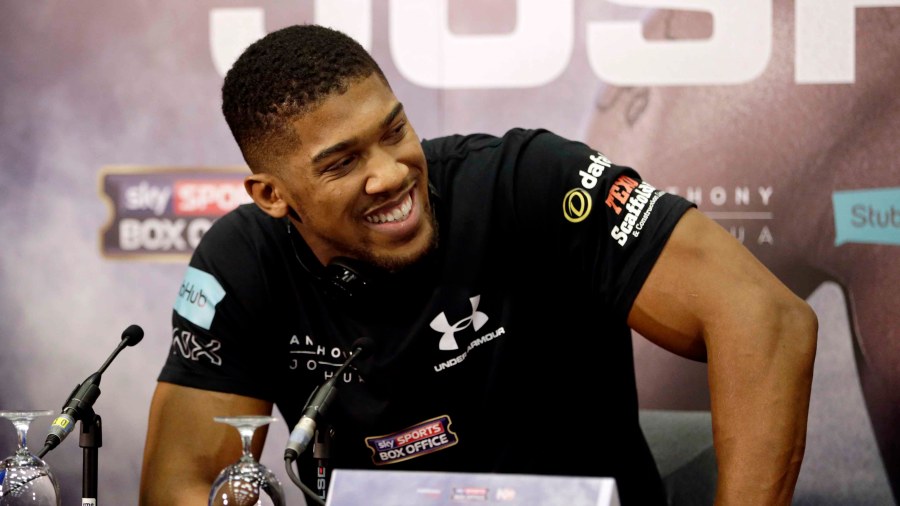 Anthony Joshua tipped to be first boxer to win since 2007

ANTHONY JOSHUA has been installed as the betting favourite to be crowned the BBC Sports Personality of the Year winner in 2017.

The IBF world heavyweight champion takes on Wladimir Klitschko on April 29, and the bookmakers fancy him to win that Wembley showdown and pick up the WBA title in the process, thus making him a shoe-in for the BBC prize.

Betway have the unbeaten Londoner as a 5/2 favourite to be the first boxer to win the award since Joe Calzaghe in 2007. Tyson Fury made the shortlist in 2015 for his historic win over Klitschko, though controversial comments he made in the media scuppered his chances of winning.

Carl Frampton boycotted this year’s ceremony – which saw tennis star Andy Murray claim the trophy for a record third time – due to his ommission from the shortlist. The Ulsterman had an incredibly 2016 with wins over Scott Quigg and Leo Santa Cruz.

He can be backed at odds of 33/1 to win next year, despite his rematch with Leo Santa Cruz being booked in for January.

Murray is offered at 4/1 odds while Ben Ainslie, Lewis Hamilton and Mo Farah are installed at 10/1.