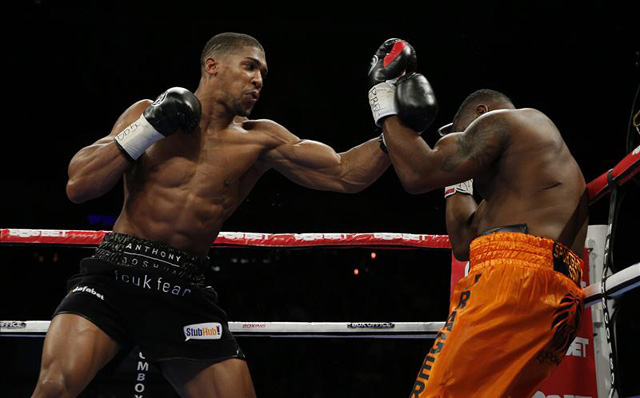 TICKETS for Anthony Joshua’s British heavyweight title clash with Dillian Whyte at the O2 on December 12 have already sold out.

The fight combines one of Britain’s fastest rising stars in Joshua with outspoken rival Whyte, who picked up a win over the Olympic gold medallist at a very early stage of their amateur careers and clearly has wide appeal. According to Matchroom, tickets sold out in six hours.

“It’s mad isn’t it? [Mayweather’s] last fight and it’s not a big draw. I don’t know… People go to watch him lose,” said Joshua, before his last fight. “They can’t relate, he’s distanced himself from the public so much.”

Speaking after Joshua defeated Cornish, promoter Eddie Hearn said, “To be honest with you I didn’t expect that number [13,000] for this fight. The lower bowl [at the 02] holds 8 or 9,000 full and I would have been over the moon with the lower bowl. We opened half the upper bowl and I think that goes to show, although there were a lot of competitive fights on the card, there were no other big names on the undercard, other than Dillian now. There were a lot of ticket sellers, but there weren’t any huge names on the card. So they’ve all come for all Anthony. I think it’s a different kind of audience to the traditional boxing audience.

“It’s very exciting to be part of the journey. It’s catching fire… All he’s got to do is just keep doing what he’s doing. Work and train as hard as he can. It’s the most simple path.”