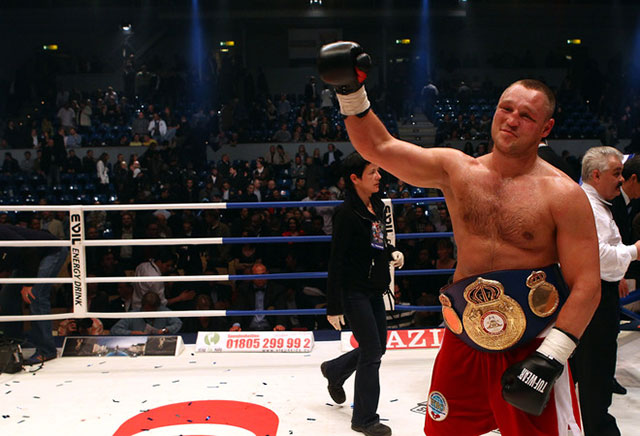 ACCORDING to German boxing promoter Serguei Mitchnik, who promotes Denis Bakhtov, the Russian heavyweight will NOT be fighting Anthony Joshua on October 11 as has been announced. The fight was to have contested the WBC International title – 2012 Olympic gold medal winner Joshua’s first pro title tilt – but according to Mitchnok, Bakhtov has had a change of mind with regards to the fight.

“Bakhtov doesn’t speak English, so I sent your questions to his trainer, Dmitri Kirillov, but he said he does not want to answer your questions on the fight,” Mitchnik told this writer is response to an interview request with Bakhtov for Boxing News. “Bakhtov has cancelled the fight. When he got the offer he was ready to fight, but now he has changed his opinion.”

Mitchnik, who also promotes heavyweights Evgeny Orlov, Yaroslav Zavorotnyi and Ondrej Pala, suggested he may attempt to put forward another of his fighters as a possible replacement foe for Joshua.