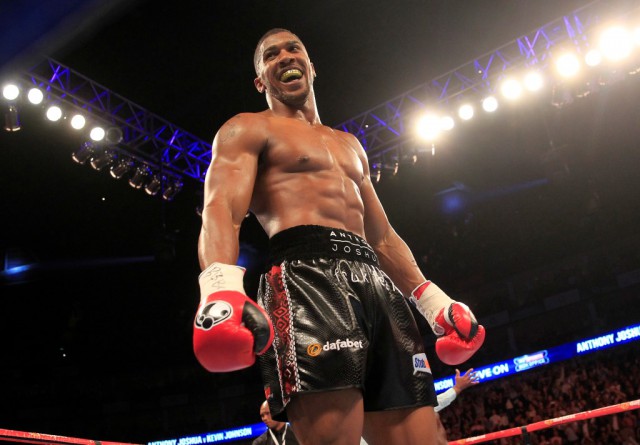 WITH all the fights at the O2 going on, Amir Khan’s showdown against Chris Algieri almost passed by without attention.

This was a fight I wanted to see after the performance that Khan put in against Devon Alexander, but in all honestly I shouldn’t have bothered. I don’t think I am the only one that was disappointed with his performance against a man that was horizontal so many times against Manny Pacquiao, one would be forgiven for thinking he was in his bedroom.

Khan lacked the power to worry Algieri and although he had good hand speed in flashes, and good movement, there was never any point in the fight where it looked like finishing early. I heard people saying that he didn’t feel good after his training camp had finished, that they had changed a few things and that they will have to find a solution. He looked great after his fight against Alexander, so why have they changed anything? Do the same strength and conditioning work, aerobic training, employ the same diet, and put the work in. Then turn up, and do the job you were paid for to the best of your ability, because if that was Amir performing the best he could, he must already be on the slide. I have always thought Khan would be far too good for Kell Brook but on that performance the gap is reducing with alarming speed.

The O2 show did not disappoint, though.

Also, congratulations to Brook but – not wishing to take anything from him – I don’t think it was a shock to anyone. I think Frankie Gavin is one of those fighters that maybe should have stayed an amateur, with all the sponsorship available, and the chance of Olympic, European and Commonwealth glory he may well have been better off both financially and in terms of accomplishments.

Anthony Joshua, at this moment at least, seems to possess everything needed to reach the very top and his wipe-out of Kevin Johnson took him to the next level. However, while Johnson looked like a good test on paper, he could not deliver in the ring. Now let’s see how Joshua fares against David Price, who can give him a better examination. Put it on in Liverpool and see how we go from there. If he gets passed Pricey, let’s see what Tony Thompson has left, perhaps aim for Kubrat Pulev next, before aiming for the winner of Wladimir Klitschko-Tyson Fury.

Any of those fights would put Las Vegas, and Floyd Mayweather, in the shade.

‘RULE BRITANNIA’ – HOW IT HAPPENED