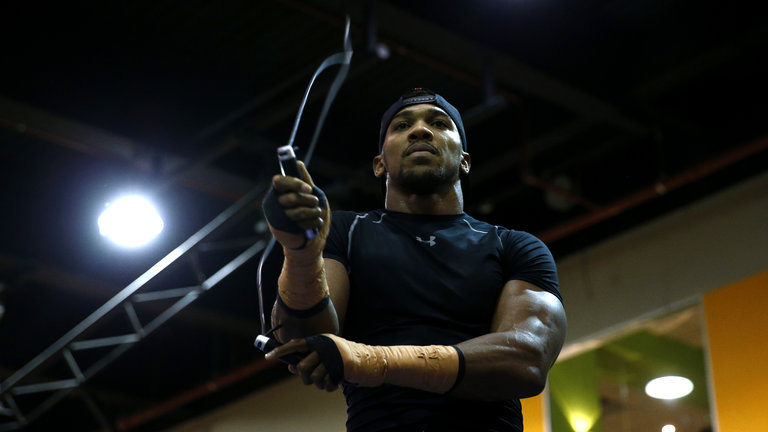 UNBEATEN heavyweight starlet Anthony Joshua is in touching distance of a shot at the WBC heavyweight title, contested this weekend by champion Deontay Wilder and Artur Szpilka in Brooklyn, as he enters 2016 ranked No. 2 by the sanctioning body.

Wilder’s mandatory – if he, as expected, gets past his Polish challenger at the Barclays Center – is Russian veteran, and Silver titlist, Alexander Povetkin. Wilder and Povetkin are tentatively scheduled to collide in April, and the winner of that contest could find themselves being ordered to accept Joshua’s challenge.

The Englishman is likely to be back in action on April 9 against an opponent to be decided and some might say his lofty ranking is flattering at this stage of his career when you consider his best victory was his most recent – a December triumph over bitter rival Dillian Whyte, ranked No. 20 by the WBC in their January ratings.

Other Brits in the sanctioning body’s ratings are Dereck Chisora (another who has been linked to Joshua) at No. 14, Liverpool’s David Price at 26 (recent ‘conqueror’ Erkan Teper failed a drug test after knocking out Price in the summer and has been removed from the ratings), and WBA and WBO champion Tyson Fury’s cousin, Hughie Fury, is at No. 30.