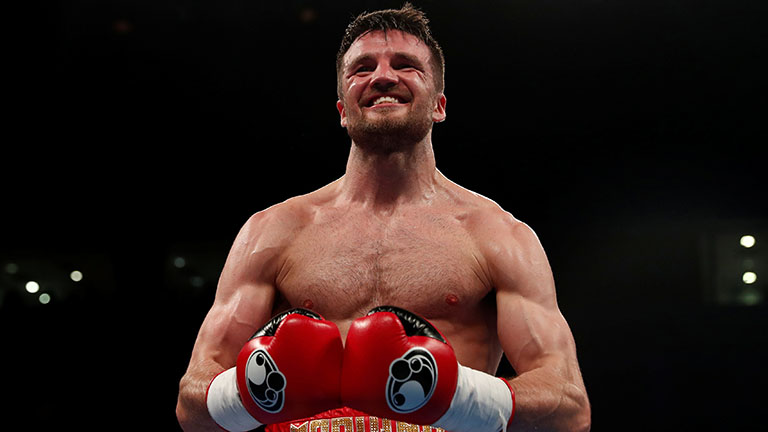 Liverpudlian Anthony Fowler explains why he's gunning for Scott Fitzgerald and Ted Cheesman next. He speaks to John Dennen

Who have you been sparring with?

This camp has been my best one. I’ve had elite sparring; Liam Smith, Joshua Buatsi, Jason Quigley and an amateur called Ramtin [Musah]. He’s very good.

What do you think of Saturday’s opponent, Craig O’Brien?

I think he’s just a bit of a pot shotter. A messy style. With someone like me, who’s so long and powerful and has got a good jab, he’s going to have no success, unless he comes to fight. He isn’t going to pick me off. I’m going to break him down.

What do want after this?

I want to box Scott Fitzgerald, the Commonwealth Games champion, and Ted Cheeseman. [Cheeseman and Asinia Byfield] I think some time in late October I think Cheeseman will beat him and he could have his first defence [of the British title] in December and I could fight him early next year.

I think Cheeseman is the better all round fighter [than Byfield]. He’s bit more compact, a bit stronger. Byfield’s rangy and tall. He’ll give him problems early on with his awkwardness. But as the fight goes on I think Cheeseman is going to start breaking him down. I don’t think he’ll stop him. I think he’ll beat him on points.

[Cheeseman] has looked very good but he hasn’t boxed me. His best career win is Carson Jones, who’s a welterweight and he’s old. He’s had his best days. He’s looked good, Cheeseman, so far but I’m bigger, stronger, longer, better variety of shots.

So would you want to fight Scott Fitzgerald this year?

People would be excited about that fight. People might pick him. With Dave [Coldwell], he’s brought me on leaps and bounds and I know from sparring the lads I’m sparring in the gym I’ll knock Scott out. I know for a fact I will.

I’ve been pro a year now and I’m ready to go.

You want it to lead into a British title fight with Ted Cheeseman.

It’s one of these things. You can’t just keep boxing journeymen. Craig O’Brien has got ambition but he’s not a big name, whereas Scott is and so is Ted.

When we fight it’ll be top of the bill, hopefully in Liverpool.