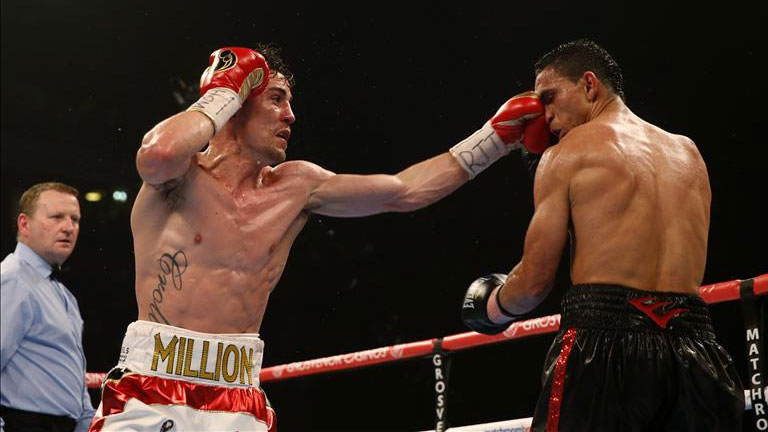 ANTHONY CROLLA has vowed he will leaving nothing to doubt when he rematches Darleys Perez for the WBA lightweight title at the Manchester Arena on November 21, live on Sky Sports.

Crolla and Perez clashed in the same venue in July where Perez kept hold of his title via a majority draw despite a tremendous performance from Crolla and having two points deducted in the second half of the fight for low blows. Boxing News felt that the Englishman had done enough to take the title.

Tickets for November’s rematch go on sale to Matchroom Fight Pass members at midday on Sunday, September 20 with general sale from Manchester Arena from midday Monday (September 21) and ‘Million Dollar’ says it is a special thing to get the rematch in his hometown.

“I’m made up to have this opportunity and a second chance,” said Crolla. “A lot of people feel that I should already be a world champion but bad decisions happen in boxing. I’m one of those people to experience that but I’ve been given a second chance. I will leave nothing to doubt.

“We are expecting a better Darleys Perez but there will certainly be a better Anthony Crolla. I believe last time I fought well enough to win the fight and this time I will make sure I get the decision.

“It’s a special, special thing for me to be fighting in Manchester again. My walkout last time is something I will remember forever and that was one of the positives I can take from the night last time. I’ve only watched the actual fight itself once back so far, I will watch it more over the next nine weeks, but the entrance I’ve watched around 25 times.”