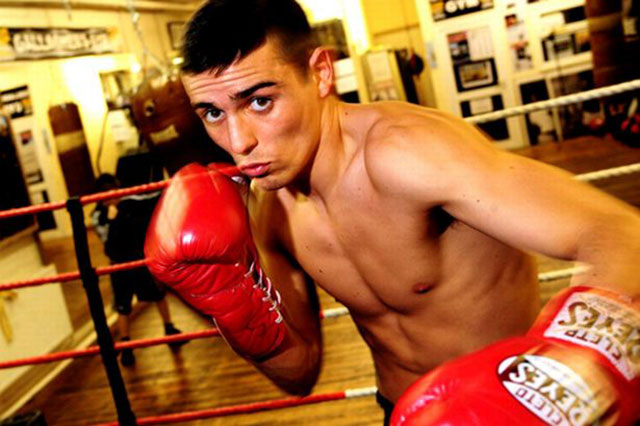 ANTHONY CROLLA knows his world title dreams will left in tatters if he does not overcome Gamaliel Diaz when they clash for the WBO Inter-Continental Lightweight title at the Phones 4u Arena in Manchester on Saturday September 13, live on Sky Sports.

Crolla is ranked fourth with the WBO and victory over former WBC super-featherweight champion Diaz will see the ‘Million Dollar’ Manchester man close in on a world title challenge.

The 27-year-old is hoping his hometown crowd can help roar him to victory as they have done before, and says he is expecting a tough encounter with Mexican Diaz.

“Early on his career he lost quite a few but since then he has learnt how to fight,” said Crolla. “He is a former world champion and he holds a win over Robert Guerrero.

“This is the most important fight of my career because if all goes wrong for me on September 13 then the big plans I have for world titles back in Manchester won’t happen.

“Every time I fight at this Arena it is special for me. This is the Arena from being a little kid, a schoolboy boxer, watching the likes of Naseem Hamed, Michael Brodie, Ricky Hatton that I have wanted to fight in. So every time I am back here it means the world to me.

“Last time out was a fantastic night for me and the city of Manchester, and the support myself and John Murray received was great.”

Crolla’s clash with Diaz forms chief support to Scott Quigg’s WBA ‘world’ super-bantamweight title defence against Stephane Jamoye on what promises to be an exciting night of boxing at the Phones 4u Arena.