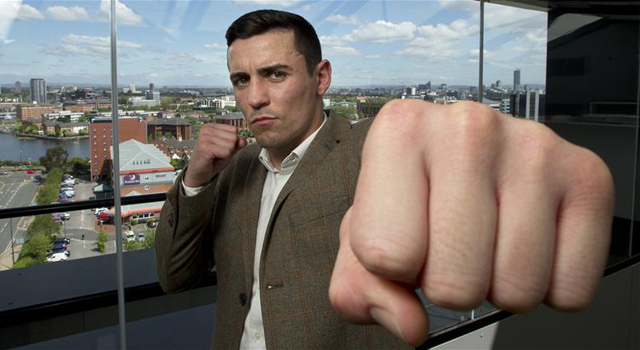 What do you want to do next? There’s a lot going on at lightweight.
A lot will depend on December 12 [when Kevin Mitchell meets Ismael Barroso for the WBA Interim strap]. The winner of that then becomes the mandatory. I have no problem fighting Kev, and even if I did, I wouldn’t have any choice because he’d be my mandatory if he wins and I hope he does it. Whether that will be my next fight in March, or a fight in the summer, I don’t know. But I’m taking it one fight at a time.
Looking further ahead there’s a possible unification fight between yourself and your good pal, WBO champion Terry Flanagan – if he beats Derry Mathews in February. Forgetting about your promotional differences, is that a fight that appeals?
Of course. Like you say, there is a bit of conflict with the promoters but if we could all sit down and sort out the right deal, me and Terry won’t have a problem with it. It’s not going to be our next fight but if it makes sense, and it will be huge in Manchester, then it’s certainly something I’m interested in and I’m sure Terry is.