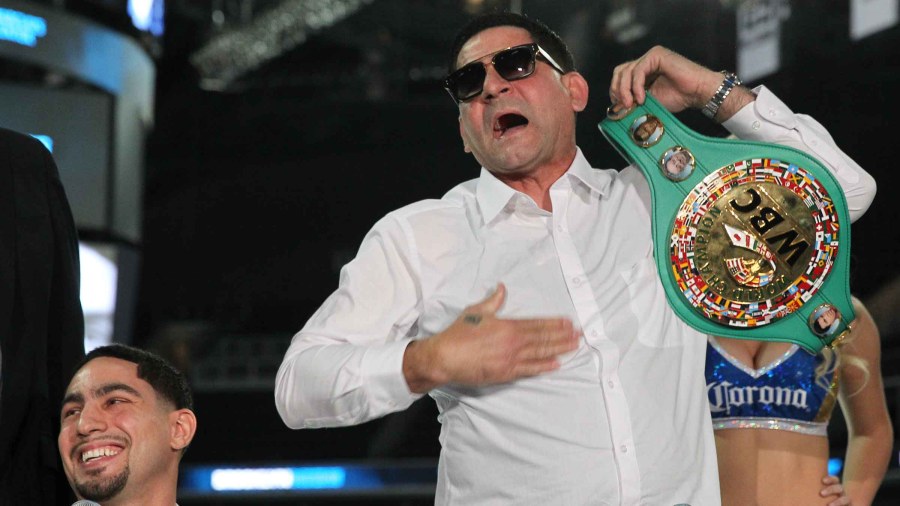 IN disgraceful scenes at the press conference to announce the Keith Thurman vs Danny Garcia unification fight, Angel Garcia, Danny’s father and trainer leapt from his seat to hurl abuse at Thurman. He marched towards him, trying to confront Thurman, using utterly unacceptable language. Security had to intervene.

WBC president Mauricio Sulaiman stated, “The WBC is extremely disappointed and absolutely rejects the disrespectful actions by Mr Angel GarcÌa. WBC board will review the case.”

The incident overshadowed the press conference where they announced that the Thurman-Garcia fight would be screened on CBS.

“There will be a huge audience on CBS and it will be a special night,” Showtime’s Stephen Espinoza had said beforehand.

WBA champion Thurman, while declaring he would knock out Garcia, did have some qualified praise for the WBC titlist. He said, “I applaud him for everything he’s accomplished in his career. But most of his accomplishments were at 140lbs not 147lbs and that’s why he’s stepping up trying to make a statement. The only problem is your boy Keith ‘One Time’ Thurman got this. One time, all the time, KOs for life. I’ve got two 12 round fights in the Barclays, third time’s a charm. Danny Garcia, you’re getting knocked out.”