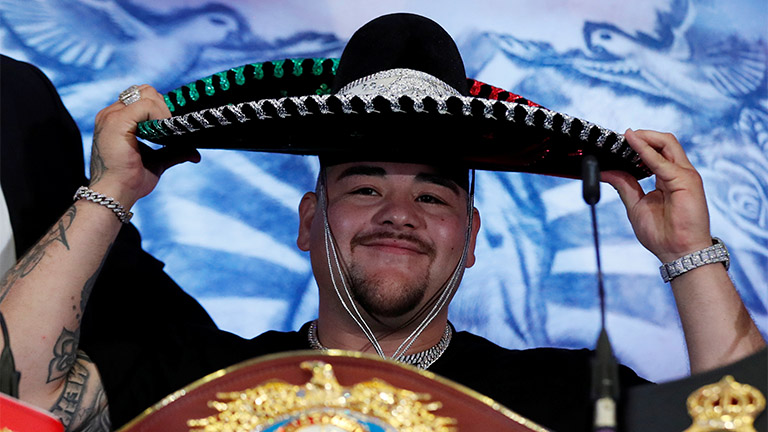 Frazer Clarke on pros in AIBA boxing, Andy Ruiz being encouraged to enter the Olympics and the controversial decisions he's faced

FRAZER CLARKE has had plenty of lows in his long amateur career. But nothing can compare to thinking you’ve won a World medal only to have the decision overturned. In previous issues this magazine has covered the controversial ruling in depth (read those articles here and here). Now Clarke shares his personal reaction. “You feel like your world’s ending,” he tells Boxing News. “The lowest moment of my career. I’ve had some ups and some downs but I was so happy to get that World medal because they’re the kind of thing you look back on in years to come and you’re really proud of. But they’ve taken it away from me. I just don’t feel it’s right.”

He was just two bout away from an elusive gold medal. “I’ve got the big medals. Along with an Olympic medal that would have completed the set,” he said. It was my last chance because I’m not going to compete at a World championships again.

It was even harder to accept because prior to being a victim of it, Frazer hadn’t even heard of the new ruling. “I didn’t know anything about it,” Clarke said. “The only positive, if you want to take it as a positive, is I know whereabouts I am now. We’re not far away from the big ones and there was nothing for the Olympics at stake. In that sense I’d rather it happen now than at an Olympic Games.

“I managed to rediscover who I was as a fighter and I was getting better as the days went on.”

Ironically, GB’s Lauren Price was awarded a World gold medal on appeal at a subsequent tournament. “I’m over the moon for Lauren, she’s had an unbelievable year, she’s absolutely flying on the way to Tokyo,” Clarke said, but adds, “The judges are there to do a job, if they do their job properly everyone goes home happy.

“If you get your job done properly first time, no one has to be disappointed.”

If the original decision had been honoured, Clarke would have gone on to box Bakhodir Jalolov, the Uzbek who attracted controversy for combining a professional career with entering AIBA competitions. “I boxed him 2015 maybe [and won] but saying that, I knew the improvements he’s made physically. When I boxed him he was a bit of a boy and I was bit older than him. I knew he’d got a lot better. Saying that I felt full of confidence going into the fight. If anyone in the super-heavyweight division was going to beat him going into that tournament, it was 100% me.

“It doesn’t bother me he’s had a few pro fights. I don’t think it gives him any advantage, if I’m honest. I really don’t. I see a lot of people on Twitter and what not, and Instagram, going crazy about it and Lennox Lewis and [Wladimir] Klitschko talking about it. Klitschko had it bang on. I don’t think it gives any pros any advantage going into the Olympics. I honestly don’t.”

Different pros, including unified heavyweight champion Andy Ruiz, have been encouraged therefore to enter the Olympics. “Andy Ruiz was mentioned. He’s welcome,” Clarkes said. “It’s not a problem for me. Over three three minute rounds, nine minutes. I can’t see many of them winning to be honest.”