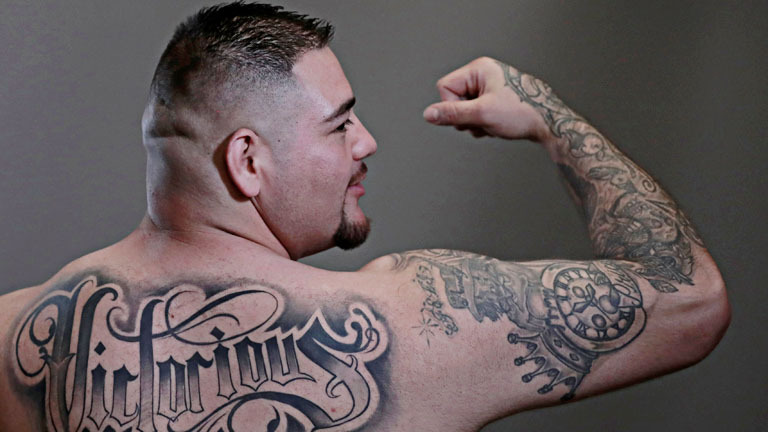 In his own words, Andy Ruiz looks ahead to his Madison Square Garden showdown with Anthony Joshua

I WAS sensitive when I was young. I was always this big kid. I had my first amateur fight at seven years old. I always had to fight older kids because none of the kids my age were as big as me. When people said stuff to me, it gave me motivation to succeed. I learned to block out the negativity.

Winning against Anthony Joshua [on Saturday June 1] would be awesome. My dream is to be the first Mexican heavyweight champion of the world. At one time, though, I wanted to give the sport up. I listened to the doubters who said that I was too big to be a champion. I was a big troublemaker when I was a kid at high school. I was a little gangster with a shaved head who was going around with the wrong cliques. I was hanging around with the wrong people and doing bad things. Thankfully, boxing kept me away from major trouble. Boxing saved my life.

I was six years old when my dad first took me to the gym. I got my ass kicked, so I didn’t want to go back. But my dad told me to keep going. Then, after only about a month, I started kicking their asses. My dad always believed in me. I wouldn’t be where I am today without him. When I was out on the streets with the wrong people, he’d come and find me and make me train. I started getting serious in the sport at about 15 or 16, when my dad took me to Mexico City.

I think the Joshua fight has come at a good time for me. I’d just fought Alexander Dimitrenko [not long before the Joshua clash was announced], so I was already in shape. I finished one camp and went straight into another.

Joshua has never fought someone who’s pressured him. I’m going to let my hands go, have fun and do what I do best. I’m going to bring movement, speed and pressure. Joshua’s tall. He’s a good fighter. I’ve got nothing bad to say about him. But with the speed and movement I have, whatever he tries to do will be difficult for him. I visualise a good, exciting fight. I don’t really predict knockouts. They come when they come.

Joshua is looking past me, when he should be focused on this fight. Anything can happen in this boxing game. One punch can change everything. I’ve been an underdog my whole life, with the shape I am and how I look. But the confidence and motivation is there in me.

I’m going to stay focused and stay humble. I have a lot of friends who have died or are in jail or are doing drugs. It’s hard, man. I give my thanks to God for helping me to get out of this situation. I’m blessed to be here, fighting for the world heavyweight championship and fighting for history. The heavyweight division is popular right now – all the eyes are on it.