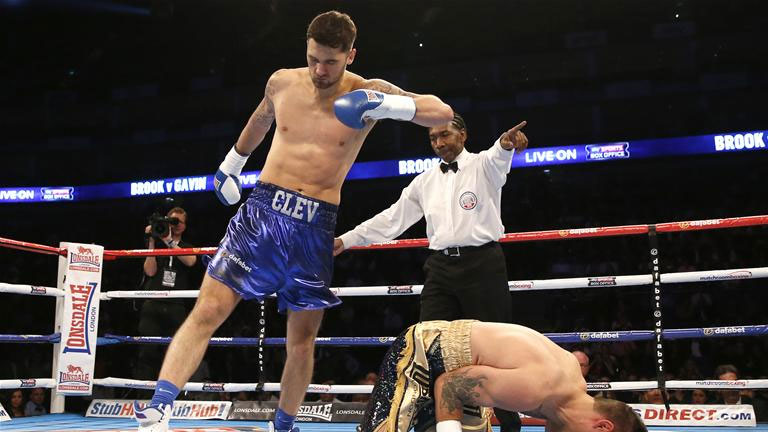 Respect between the two combatants ahead of their October 16 clash

“I have won some big fights and I am proud of that, but I have to stay focused on the sport and continue to do my best. I’m just a normal guy. I’m a boxer and a warrior and I continue to improve with every fight. That’s more important to me than being called a rising star in boxing,” Fonfara said. “Cleverly says he’s too slick for me, but we will see what happens in the ring on Friday. You never know what will happen in a fight. Maybe he is faster and slicker, but I’m stronger and I think I’m a better fighter right now.

“The plan is to beat him on Friday, but if I get the opportunity I will knock him out. This is the sport we are in: blood and sweat.

“Cleverly is a really big step for me. I know he’s an experienced guy. He’s a good technical guy. He’s fast and sneaky, but I want guys like him. I don’t want bums who show up to get paid and go down in the second or third round. I want a guy who tells me before a fight that he can beat me. That motivates me.”

Cleverly insists he’s ready to box Fonfara in his hometown. “It’s going to be an enjoyable experience fighting in his backyard of Chicago. It’s a bit of an adventure. The pressure is off in a way because he has the expectations of the home crowd. I’m just coming here to do my job and win the fight,” Nathan said. “I’m confident it’ll be a good fight and I’m ready.

“Fonfara is a good fighter. He’s tall and rangy. He’s a good puncher and strong. He’s fit. He throws correct, solid punches, but I believe I’ll win because I’ve simply got more tools and I’ve done more to my game. I’m sharper with more movement. My combination punching will be too much for him.”