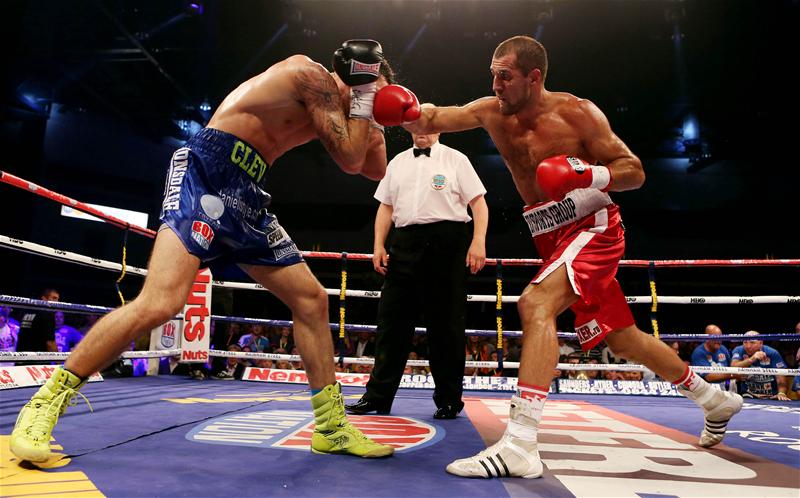 Andrzej Fonfara thinks Cleverly is in for a shock

ANDRZEJ FONFARA has fired a warning shot to Nathan Cleverly ahead of their light-heavyweight showdown on October 16 at the UIC Pavilion in Chicago.

Fonfara announced himself as a draw at 175lbs with a surprise nine round retirement win over Julio Cesar Chavez Jnr in April.

Cleverly – seen above taking a pasting dished out by Sergey Kovalev – chose to face Fonfara over a shot at WBA ‘Regular’ world champion Juergen Braehmer and the Pole feels Nathan was unwise to do so.

“Maybe he thinks I more popular and easier [than Braehmer]. Or he might want to put on a show on American TV [Spike televise]. But he’s made a big mistake,” he said.

The 27-year-old hopes to land himself a chance at Stevenson again, as well as the likes of Sergey Kovalev and Artur Beterbiev.

“We chose Cleverly because he’s a top class fighter and we need fights like that now,” he mused.

“He’s a good, technical fighter but I have to show I’m the better fighter and get to the next step in my career and maybe a rematch with [Adonis] Stevenson.

“I’m a fighter, I’m open to fighting anybody and I want to fight the best. Kovalev, Beterbiev and Stevenson are the best at the moment. I want the rematch with Stevenson because I’m a better fighter now, I know I can win.”