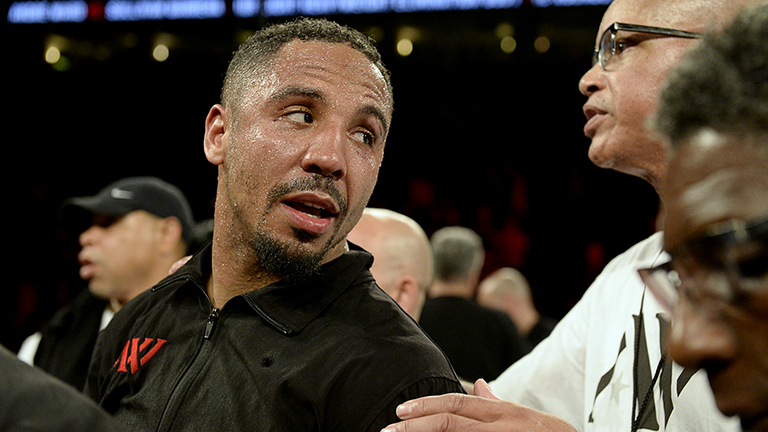 With a rematch with Kovalev or fights with Stevenson or Beterbiev out there for him, Andre Ward can't retire, writes John Scully

I LOVE Andre Ward but I do not agree at all with his recent comments at all that he has nothing left to prove. If anything, this is the first time in his professional career since the Super Six where you could say he really does have something to prove, and to more than a few people. Many feel that he lost to Sergey Kovalev in November last year. I’m sure Andre knows this and, as a fighter, I know for certain that this doesn’t sit well with him. Nobody wants to retire with big questions and doubts from the fans or from themselves.

If Ward were to retire now, Kovalev would be extremely disappointed, frustrated and angry. While it’s true that he might achieve a sort of psychological triumph – in that it would stand to reason that Andre were simply retiring rather than facing him in a rematch – Kovalev craves the chance to triumph in the ring. Also, the implications in the eyes of many should Ward walk away would be that he was scared to face Sergey again. Ward’s reputation is still in the balance following his win, yet the light-heavyweight division could turn him into a legend if he sticks around to prove himself.

With Kovalev, Artur Beterbiev and Adonis Stevenson alongside Ward you have the potential for some great fights. In terms of excitement and potential, light-heavyweight is right up there among the hottest divisions in the game today.

And Beterbiev, who I’ve spent time in camp with, could turn out to be the best of them all. He is a very unusual light-heavyweight, especially for a guy who has only had 11 professional fights. His size, his strength, his work ethic, savage mentality, and overwhelming punching power have put him well ahead of schedule. I believe all his attributes, coupled with his long and successful amateur career, have him on the fast track to fights with the biggest names in the world at 175lbs. My feeling is that he is ready for those names right now. He’s very well-schooled and he’s at elite level. But knowing the business as it is, I’m guessing that a lot of guys will price themselves out of fights with him. His reputation is growing rapidly, the buzz is hot, and they can always say that the risk of fighting a guy with only a few pro fights far outweighs the reward.
I could see it being a situation where certain guys won’t fight him until the sanction bodies or television networks put them in a position where they have no choice but to do so.

The future certainly looks bright for Beterbiev and the light-heavyweights. In the past, the top 175-pounders would be looking to move up to heavyweight to find superstardom, but that isn’t necessary – or likely – today. Don’t expect any of them to move up to heavyweight any time soon, despite the fact that Ward admitted he could be tempted into that division following his win over Kovalev.

I think it is simply a case of a situation where men are growing larger and stronger and evolution is going to soon be doing away with the idea that light-heavyweights can compete with the elite heavyweights in the game. Back in the days of great light heavies like Archie Moore, Billy Conn and Bob Foster moving up in weight it was always a thing where the champions they faced were not physically dwarfing them as they would today. Heavyweight champions like Joe Louis, Rocky Marciano and Joe Frazier were either less than 200lbs or just slightly above it. Not like today where the heavyweight champions often weigh upwards of 260lbs. Even when Michael Spinks moved up to face Larry Holmes it was a thing where he had a huge frame that easily held the extra weight, and almost as tall as Larry Holmes when he took the title from him in 1985. But today even a huge light-heavyweight like Spinks would be giving up considerable inches and poundage to the current crop of heavyweight champions.