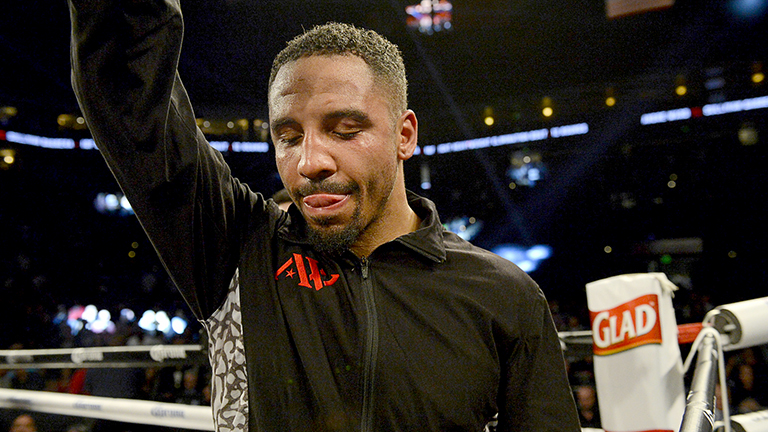 AFTER defeating world light-heavyweight champion Sergey Kovalev via close but unanimous decision, Andre Ward declared he is open to the idea of competing at heavyweight in the future. Few fighters in history have made a successful jump from 175 to the land of the giants with Roy Jones Jnr – who like Ward, also ruled at super-middle – the most recent when he defeated WBA heavyweight boss John Ruiz in 2003.

“Listen, I’ve thought about this a lot and I know it’s crazy,” Ward revealed.

“I feel like I have a Roy Jones type of situation [in me] before my career is over. It’s got to be the right opponent. There’s certain guys you just don’t mess with, they’re too big, and I respect that.”

“Maybe one day [I will move to heavyweight], but it has to be the right opponent.”

When asked if current titlists Deontay Wilder and Anthony Joshua might be the right opponent, Ward smiled. “They’re too big,” he said.

Meanwhile, Kovalev and his team are chasing an immediate rematch – as per the contract stipulations.