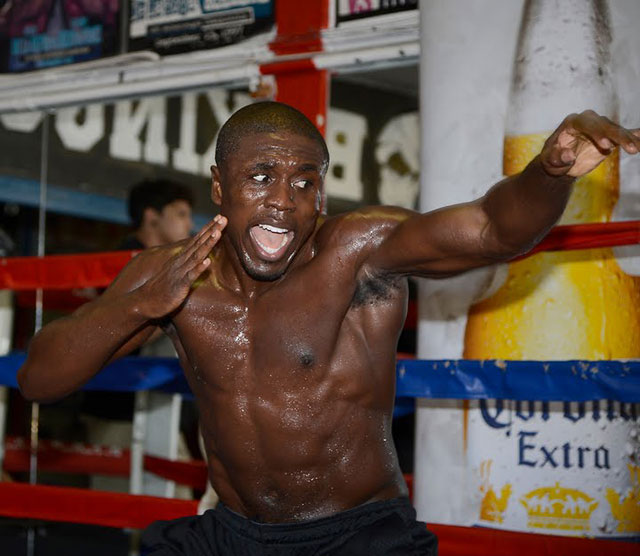 Berto is now injury free and determined to come back better than ever, writes Matt Christie

ANDRE BERTO, despite two reigns as welterweight champion with the IBF and WBC, has struggled to fulfil the potential he showed on the way up. Following a 2012 loss to Robert Guerrero, he employed Virgil Hunter as his new coach but old habits remained, and the erratic gunslinger was stopped by Jesus Soto Karass last summer.

He returns on Saturday (September 6) against Steve Upsher Chambers in a bout he has to win. He claims the niggling injuries, that have blighted his career, have been solved during his time out of the ring.

“I’m feeling good,” said Berto. “I’ve been out for a full year working on rehab and it’s been one of the toughest roads I’ve ever been on. But my shoulder is feeling good and I’m ready to go. I’m excited to be here and I’m just excited to be back.”

Berto, who represented Haiti in the 2004 Olympics, insists the relationship with Hunter has developed in the time he’s been away. The fighter refused to blame his coach for his poor performance last time out.

“Working with Virgil (Hunter) has definitely helped my game a lot. The first fight we had together we only had six weeks with each other. You can’t do too much in that short period of time.

“I’ve been out training with him for about five months now and he’s been working me out of a lot of bad habits. We’re still a work in progress but he’s definitely one of the sharpest coaches I’ve ever seen in boxing.”

Berto believes the rapport and respect between trainer and fighter will soon wipe memories of that surprise loss to Karass.

“People in boxing only grade your last performance. But it’s something that I can’t get upset at because I haven’t performed up to standards in my last few fights. So I’m looking forward to doing this for me and for the people.

“I’m back, I’m happy to be back and we’re going to kick this thing off right.”