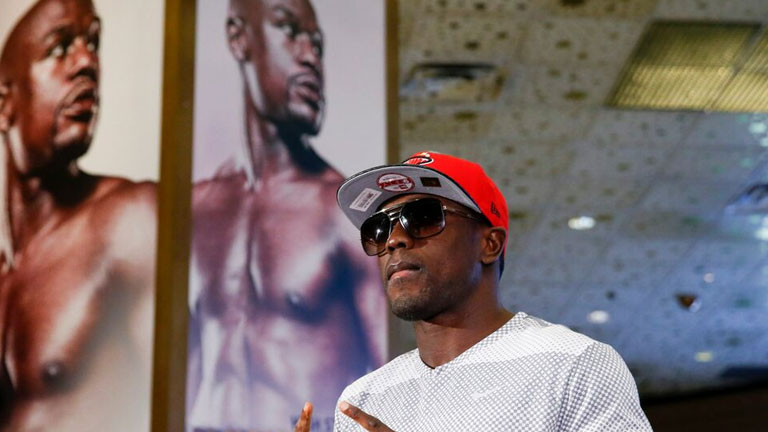 Andre Berto is sick and tired of the criticism

ANDRE BERTO, a heavier underdog than the zeroes on a roulette table, was understandably subdued at the final press conference to promote his shot at world welterweight champion Floyd Mayweather on Saturday.

Very few are giving him any kind of chance against the pound-for-pound king, while a whole lot more have regularly criticised him as an opponent for the unbeaten superstar.

It was only a matter of time before the outsider – now being priced as high as 25-1 by some bookmakers – reacted to being unanimously written off.

“They don’t know what it feels like to be a fighter, they don’t know the sacrifices we make to get in the ring, to win titles, to fight, to just be on this stage. They don’t know. The whispers of negativity come from people who would not dare to do what we do. I’m coming for my respect on Saturday night.”