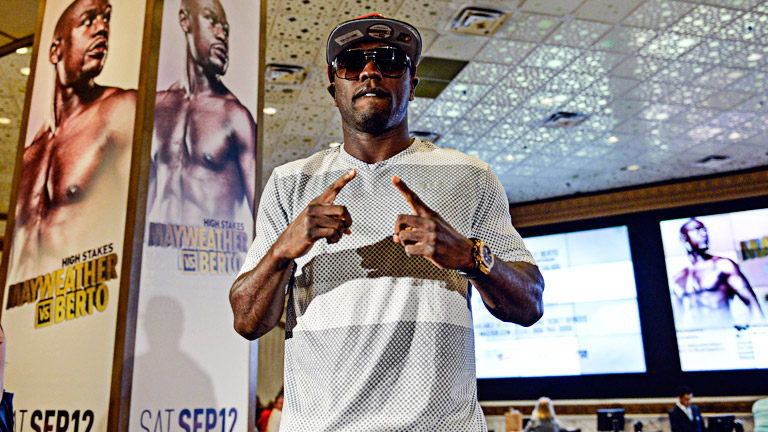 ANDRE BERTO is one of only a handful of people who believe he can score one of the biggest upsets in the history of boxing on Saturday night when he takes on Floyd Mayweather.

The former WBC and IBF welterweight boss is a massive underdog – optimistic punters can get odds of 20-1 on the Floridian – but he told the media upon arriving at the MGM Grand that whatever Mayweather brings will not be enough.

“I had a tremendous training camp,” Berto reported. “I am in better shape than I’ve been in years.”

“I’m looking forward to making history on Saturday. I don’t know anything about any code that Mayweather has. When I want to walk through a door I just break through.”

Berto’s opponent – closing in on 49-0 – welcomed the optimism.

“We want Andre to believe in himself and his skills,” said Mayweather.

“Every fighter that I’ve ever faced had the remedy to beat me, but the results have always been the same. I don’t overlook anyone, he’s a tough competitor, and we will just have to see what happens on Saturday.”