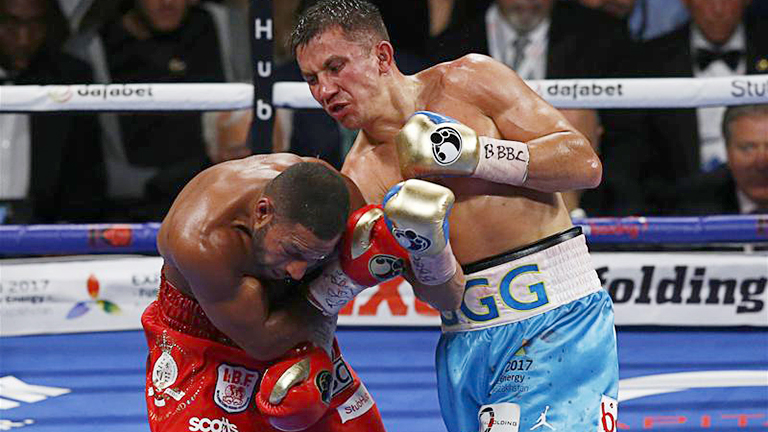 EVER wondered what makes Gennady Golovkin so effective? What kind of shots does he throw and when? Does he pace his strategy round-by-round or change the way he attacks? How good have his opponent’s been and where have they tried to attack?

Here are some interesting stats that Boxing Science uncovered during a performance analysis of Gennady Golovkin ahead of his fight with Kell Brook.

GGG throws a punch on average every 2.6 s

His opponents throw a punch every 4.4 s

GGG lands 40% of his punches

GGG increases the number of punches as rounds progress from 3 s in round 1 to 2 s in round 8.