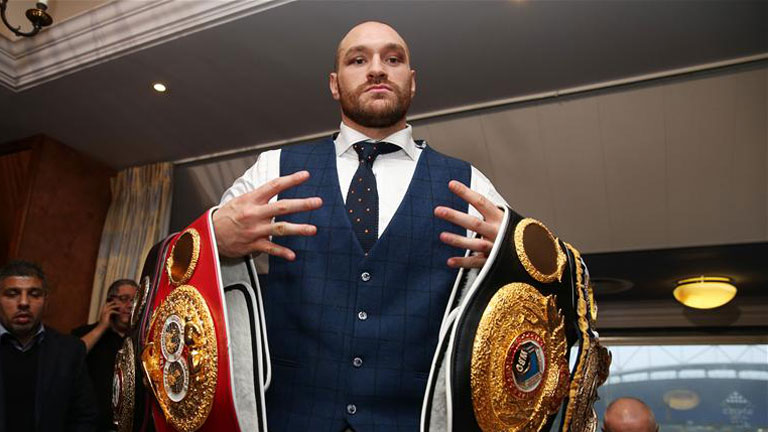 BOXFROG Promotions will host an evening with Tyson Fury at The Vox Conference Centre, Resort World, Birmingham on February 19.

Tyson Fury dethroned Wladimir Klitschko in Dusseldorf last November to win the WBO, WBA and IBF world heavyweight titles. He is the leading fighter in the division and one of the most sought after names in the division. Fury will discuss the highlights of his career so far and talk about his future plans for his heavyweight crown. Tickets are now available here: http://buytickets.at/boxfrog/40721/r/boxingnews.

VIP tickets include a front row seat, a photograph with Fury (POA) and drinks reception. The gold ticket features a seat near the front of the event, photo opportunity (POA) and a drinks reception. The standard tickets guarantee entry and a seat, with a picture with Tyson (POA). All the tickets include a three course meal, as well as a comedian and other entertainment.