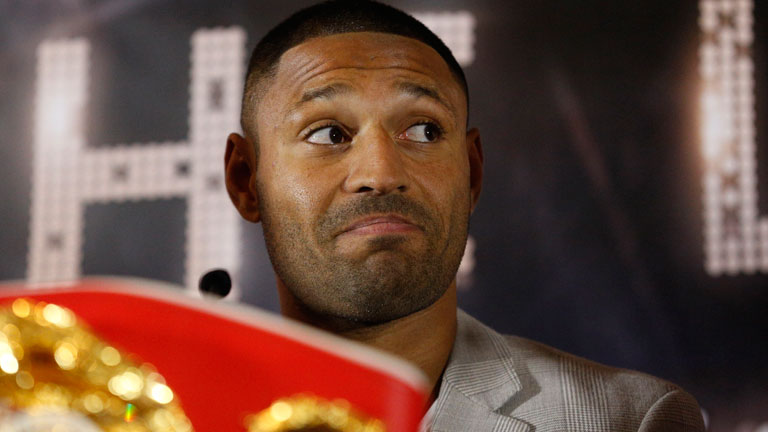 WITH the announcement that he is fighting Saul ‘Canelo’ Alvarez on May 7, Amir Khan has all but confirmed a domestic tussle with IBF world welterweight champion Kell Brook will not happen this year.

Wembley Stadium had been provisionally booked on June 4 with the hope of securing Brook-Khan for that date, however Khan will now fight Alvarez for his WBC middleweight title in Las Vegas.

Negotiations had apparently reached advanced stages before reportedly falling again, perhaps due to Khan’s insistence the lion’s share of the revenue, leading some to believe he wanted no part of Brook in the first place.

“I know Amir is not avoiding Kell Brook. He was just asking what he feels he deserves. Ever since Kell got the belt, who’s he fought? He needs to prove it, the only place it is in demand is England – over here nobody trips on it.,” Hunter told Boxing News.

“He should fight [Keith] Thurman or Errol Spence, or [Shawn] Porter again. Take fights where you know you’re in danger.”

Hunter cited Brook’s defences against Jo Jo Dan and Frankie Gavin and upcoming fight with Kevin Bizier as reasons for why Kell’s stock is not as high as it should be in America.

Thurman and Porter will fight each other in March and the winner would be a natural opponent for Brook in the summer, while WBC champion Danny Garcia has also been mooted.

Hunter’s views are very much in line with Khan’s who in the past has stated Brook should fight stronger opposition in order to make their subsequent clash even bigger.

“He’s not being put out there to make the world pay attention and demand it,” Hunter continued.

“The money would go up, it’s better for him. They’re both young so what’s the rush? But I think Kell should focus on fighting some people who would give him a fight. I think Kell Brook is underestimating Amir.”