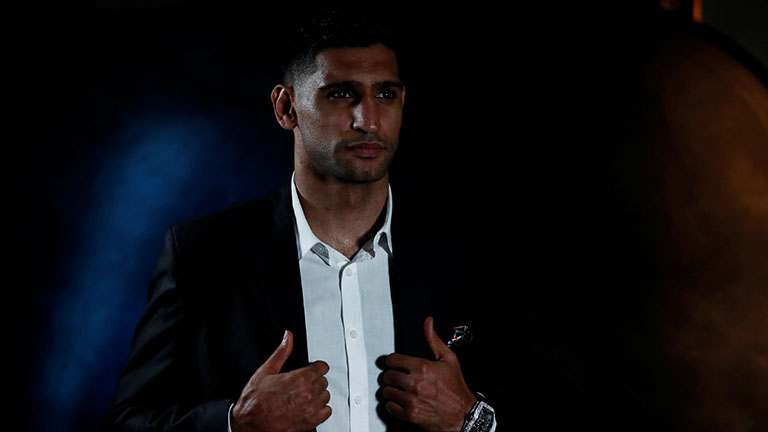 AMIR KHAN has an exit strategy. The boxer is only planning to have two or three more fights in his career.

“I want to make sure I’m not in the game too long where I get forced to leave the sport because I have an injury,” he tells Boxing News. “I feel great at the moment but I don’t want to keep pushing it. I’ve had some big fights in my career and been hurt a few times as well but luckily I’m still okay mentally and physically. I want to make sure I don’t keep risking yet.”

“Looking at it, I’ve two or three fights left,” he added. “I know that I’ve only got a very short time left in the boxing game. I want to maximise what I’ve got left in me.”

But Kell Brook might not feature in those plans, or at least not right away. Khan is close to agreeing to fight WBO welterweight champion Terence Crawford in his next fight.

“In a heartbeat, I’d take that fight,” Khan said. “Because I really believe that the Kell Brook fight will always be there. Unless I get a brilliant deal that I can’t turn down. At the moment I’m getting a brilliant deal from people like Crawford where it’s hard for me to turn down. Because when you’re getting the chance to fight for a pound-for-pound title, which I’ll never ever get [again]. For you to have the opportunity, it’s amazing. These are offers that are being put to me, so let’s see.”

“Kell Brook’s a big fight, don’t get me wrong, but how big is a pound-for-pound fight? Not many people in their career will ever get the chance,” he continued. “I’ve got the opportunity there.”

For years now Brook has been calling for a showdown with his British rival. But he may have to wait even longer. The winner of the Manny Pacquiao versus Adrien Broner fight would be appealing to Khan. “Maybe this is the time where Broner shows how good he really is,” Amir mused. “You never know anything could happen. He could knock Manny Pacquiao out.

“This is his last chance in a big fight ever.”

He does have options Stateside, as well as in the UK. “I’ve been quite lucky where I’ve made a big name for myself in America,” he continued. “It’s brilliant to be in that position.”