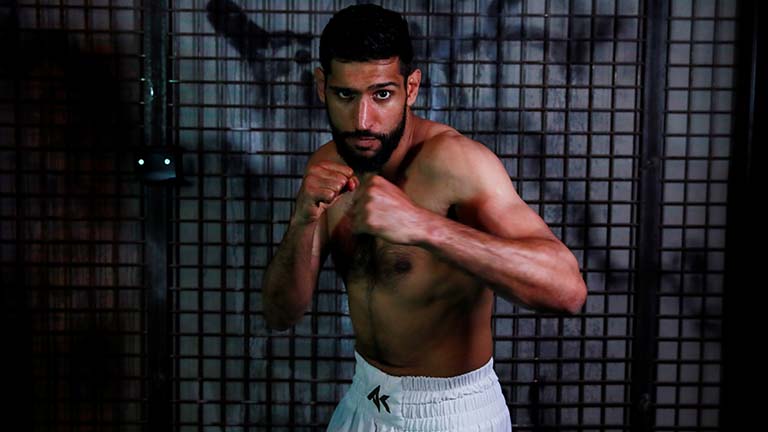 After Amir Khan's original opponent is involved in a car accident, former featherweight Billy Dib is called in for Saudi Arabia fight

AMIR KHAN will fight Australian Billy Dib in Saudi Arabia next month after his intended opponent Neeraj Goyat was injured in a car crash.

Former world champion Khan, 32, was scheduled to take on Goyat in Jeddah on July 12, but the Indian boxer sustained serious head injuries in a car accident on Tuesday night.

Earlier, Super Boxing League founder Bill Dosanjh told Indian Express newspaper: “We are very sad to inform that Neeraj Goyat, who was preparing for his mega-fight against Amir Khan, met with a car accident last night that has caused him severe injuries on his head, face and left arm.

“He is currently in hospital and we wish him a speedy recovery.”

Khan suffered a controversial defeat in his last fight in New York when he decided not to continue after receiving a low blow from Terence Crawford.

Former WBA and IBF light-welterweight champion Khan is bidding to get his boxing career back on track after he was accused of quitting against Crawford.