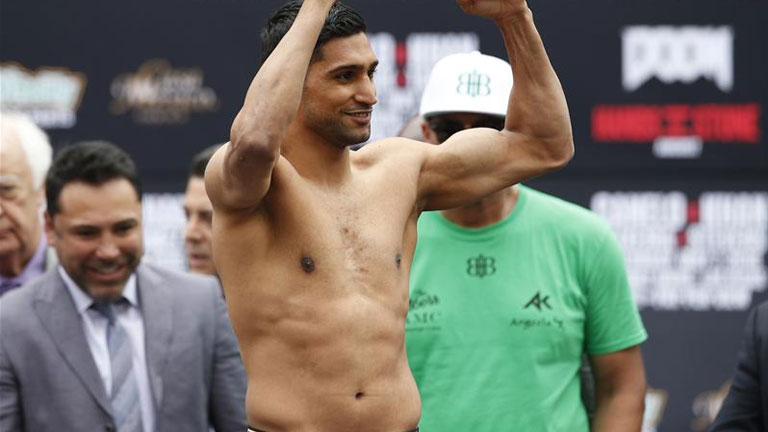 Amir Khan vs Kell Brook collapse in failure, and another social media spat

ANOTHER round of talks trying to put an Amir Khan vs Kell Brook fight together has collapsed in failure yet again, finishing in a customary twitter spat.

After Khan declared that Brook walked away from an offer, promoter Eddie Hearn took to social media to say: “He is correct – at 70-30 we don’t want the fight.”

Khan hit back, saying: “Eddie I’m the A side and you and Kell know he will make more than he did against GGG. Don’t you agree?”

Khan then tweeted an image of his net worth, demanding Brook get “in the queue.” Brook responded by tweeting an image of Khan on the canvas.

The big fight, suffice to say, is no closer.