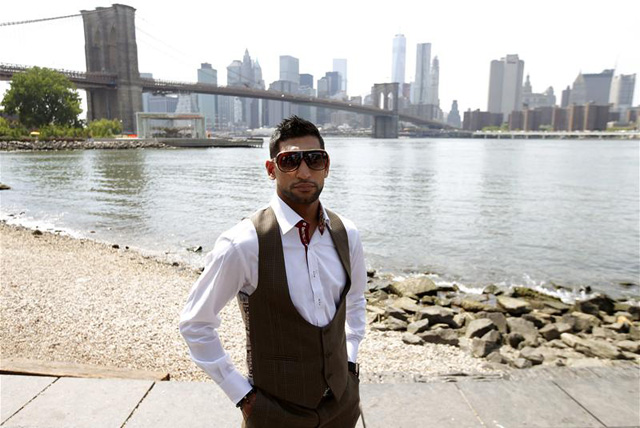 But Khan can keep the momentum going for British boxing, writes Daniel Herbert

BRITISH boxers have a modest reputation in the United States, but things are certainly looking up on that front. In Boston last weekend James DeGale dropped Andre Dirrell twice and unanimously outpointed him to win the vacant IBF version of the super-middleweight crown.

This Friday, Amir Khan is in the Brooklyn borough of New York City to take on Chris Algieri in a fight the Bolton man must win, and win impressively, to maintain any serious hope of a Floyd Mayweather showdown. Khan starts a strong favourite over a man floored six times and well outpointed by Manny Pacquiao.

Now remember that earlier this month Doncaster’s WBA super-bantam champion Jamie McDonnell travelled to Texas to beat house fighter Tomoki Kameda, and May 2015 could well turn out to be a huge month for British boxing in the USA. Okay, normal service will probably be resumed on June 20 when Paul Smith meets Andre Ward in the latter’s comeback fight after a spell of inactivity, but Ward is such a hot favourite that even by winning a few rounds Smith would enhance his reputation on the world stage.

I was ringside in Boston last weekend and felt there was no doubt about the legitimacy of the DeGale’s victory. True, he did let things get uncomfortably close over the fight’s second half but two early knockdowns had given him some leeway – and the bottom line is that he was simply the younger, fresher fighter at world level (although James does turn 30 next year so is no spring chicken).

Boston is not Dirrell’s hometown (he hails from Flint, Michigan) but most of the local fans who turned out on a sunny, windy afternoon wanted their fellow-American to win, so for the “away” fighter to convince all three judges he had done enough leaves no room for argument. Now DeGale can feature in some fascinating 168lbs match-ups, such as a rematch with old rival George Groves, although there has to be a question mark over whether division top dog Ward will box again at the weight (the Smith fight is made at 172lbs I believe).

Now it’s up to Khan to keep the British momentum going with a dominant performance in Brooklyn, where it will be interesting to see how large the crowd is – Algieri hails from nearby Long Island, and the Big Apple is nearer for British fight fans than Las Vegas, where Khan’s previous big US fights have been held. But however many turn out, the onus is on Amir Khan to make a statement in this non-title fight.