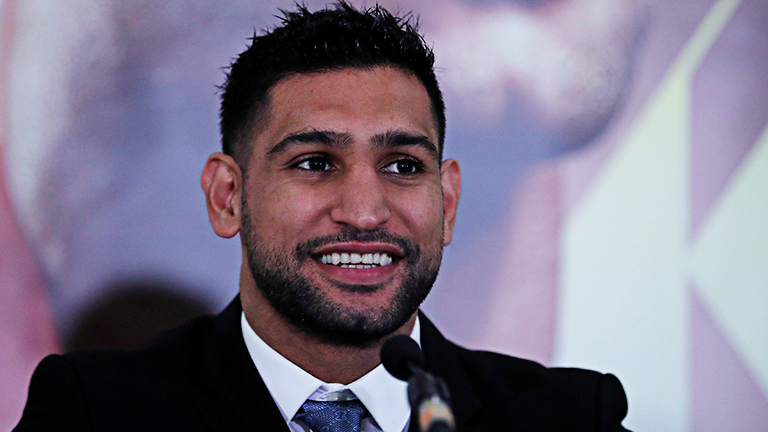 BOLTON star Amir Khan came face-to-face with his next opponent, Samuel Vargas, at a press conference Thursday at the Arena Birmingham, where the two will fight on September 8.

Khan has only had 39 seconds of competitive action this year, halting Phil Lo Greco in quick time in Liverpool in April. But Vargas, born in Colombia and based in Toronto, insisted he was made of different stuff. Although he has fought and lost to Errol Spence and Danny Garcia, he comes with a 29-3-2 (14) record.

“Vargas is going to come to fight. He’s a fast starter,” Khan said. “You could say he definitely is a level above [Lo Greco] and that’s the way we want to go.

“No matter what comes September 8 I’m going to be more than ready. I can’t afford to make any more mistakes now.”

“This is my time,” Vargas warned. “I have the experience now, I have the time [to prepare]. I feel ready. I’m going to pull off an upset… We know he’s really fast. We’ve got to be in his face, put on the hard shots and let him know who’s boss.”

Khan was relaxed. “I’m looking forward to being back in Birmingham,” he said. “No fight’s easy, every fight is difficult.

“I’m looking at the bigger picture. At the end of the road there’s big fights for me… This fight will lead me on to bigger fights and bigger names. That’s what I want, I want another world title.

“I’m going to light up Birmingham.”