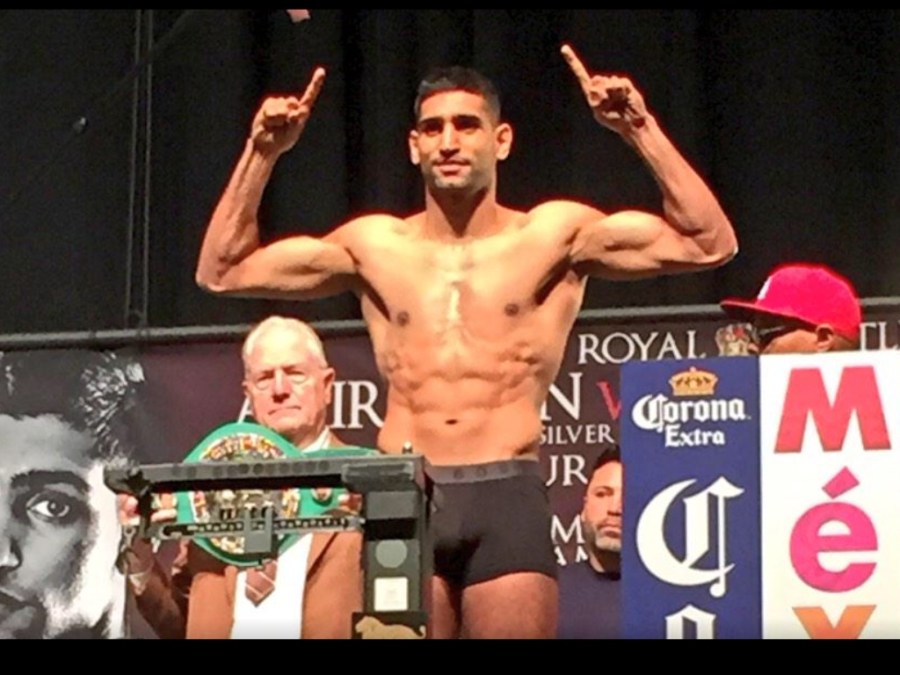 Live updates from the weigh-in at Las Vegas

AMIR KHAN and Devon Alexander both weighed in on the limit ahead of their welterweight fight in Las Vegas on Saturday night.

A sparse crowd, with a noisy but compact Khan contingent, watched the main event fighters go head-to-head for the last time before they meet in the ring at the MGM Grand in tomorrow’s main event.

Ramirez has to lose three pounds to make the agreed limit against Mares.

Thurman: (When asked whether he wants to fight Mayweather next) – “That’s right baby. Floyd is supposed to be TBE and I want to fight the best. It ain’t like Floyd is going to knock me out, when did Floyd last knock any one out?

Khan: I’ve got more fans here than Devon here and he’s from America. It’s going to be electrifying. It’s going to be one not to be missed. I’m focused on Devon, I’m going to beat him in good fashion and see what happens. My whole focus is on this focus with Devon.

Alexander: He knows I’m a threat. If he was supposed to fight Floyd, he didn’t want to fight me in case he got beat. That’s why he pulled out [last time].

Thurman and Alexander both appeared to be talking smack to Bundu and Khan respectively, when they met head-to-head.

Adrien Broner was booed when introduced  to the crowd, he held out an ‘I can’t breathe T-shirt’ in light of recent events in the USA.