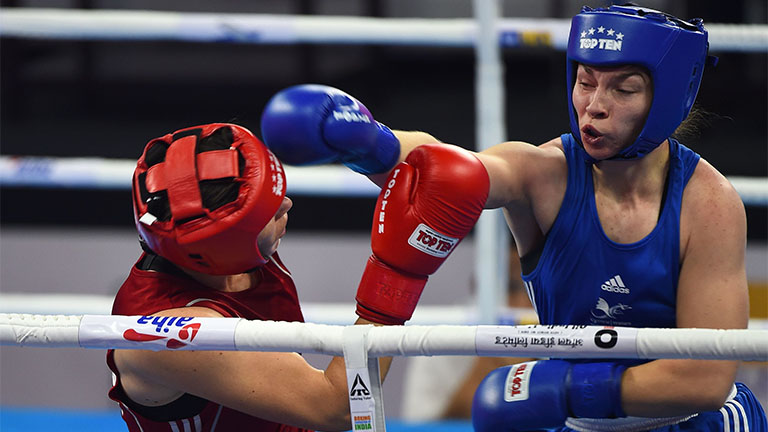 WHILE Americas qualification for Tokyo 2020 has been postponed, on Thursday morning the GB boxing team assembled at the Copper Box in London for Europe’s equivalent. The European qualification event, at the time of writing, was still due begin on Saturday (March 14) in Stratford.

However due to the coronavirus pandemic the Americas continental qualification event will be suspended, after recent measures taken by the Argentine government to restrict all types of international event. It was due to take place in Buenos Aires between March 26 and April 3.

The IOC’s Boxing Task Force that is administering the Olympic qualification process stated that it respects and understands “the decision taken by the public authorities of Argentina during this difficult time worldwide.We are searching for the appropriate solution for this unexpected situation and will immediately inform the National Olympic Committees, National Federations and other impacted parties as soon as further information is available.”

“We apologise for this unexpected occurrence and understand the inconvenience for all stakeholders, especially for our athletes and delegations,” the statement continued, “We assure you that the BTF [Boxing Task Force] is doing its utmost to find the best solution.”

Meanwhile in London while there are additional measures in place to be able to monitor certain aspects through the event’s medical processes, the organisers are following current government guidance and the boxing tournament, for the time being at least, is on.

The British athletes for their part were keeping their focus on the boxing itself. For the 13 strong GB team this will be the most important event of their careers so far.

Lauren Price, Wales’ most decorated amateur boxer ever, is relishing going into her first Olympic qualifier. “Preparation has been great. Obviously I had great year last year, unbeaten, European Games and World champion. But obviously it’s all about this year and this tournament to qualify for the big goal, which is obviously Tokyo in July,” she told Boxing News. “It’ll be nice now just to get the tournament off to a start.”

In the final of both the Worlds and Europeans, Price beat Holland’s Olympic silver medallist Nouchka Fontijn. They have built quite a rivalry and can be expected to box again at this tournament. “I seen her earlier in the hotel actually,” Price said. “It’s one of them. It’s always an exciting fight. I’m ready.”

But she cautions, “I’m going to take each step, each fight at a time and not worry about that.”

As the boxers in London gathered to pursue their Olympic dreams, on the same day in Greece the Olympic torch was lit. At present however doubt hovers over both the path to qualification and even how the Games themselves might be staged.