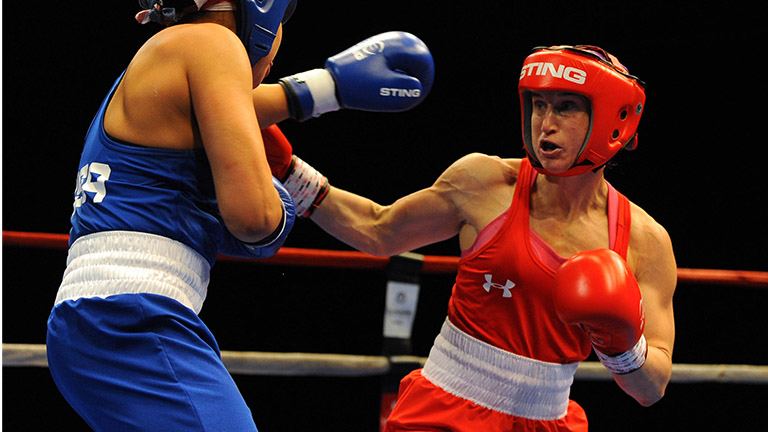 THE Strandja tournament in Bulgaria concluded on Saturday (January 25). The USA entered a strong team as their boxers look to win selection for the upcoming Olympic qualifiers. This tournament is part of their selection process, with their squad of 13 who will go to the Americas qualification event (in Buenos Aires March 26-April 3) set to be announced soon.

Her gold medal victory therefore looks to be crucial for Virginia Fuchs. She met US rival Christina Cruz in the 51kgs final and won by split decision. Ireland also had two boxers in this division. Ceire Smith lost a unanimous points verdict to Fuchs in the quarter-final, while Carly McNaul lost her first bout to Italy’s Olena Savcjuk, also by unanimous decision.

The USA’s Naomi Graham also won the 75kgs category. She began her tournament outpointing Russia’s Elena Gapeshina on a split decision. Then she beat Panama’s former World champion Atheyna Bylon, also on a split, before beating Ireland’s Aoife O’Rourke unanimously. In the final Graham defeated Davina Michel of France on a split decision.

America had two good boxers in the men’s 69kgs division but neither Delante Johnson nor Freddy Rojas secured a medal. Johnson beat Italian veteran Vincenzo Mangiacapre on a split and Ireland’s Aidan Walsh unanimously before he had to pull out of the tournament. France’s Wahid Hambli stopped Rojas inside two rounds. Hambli went on to win the gold medal. Second Irish welter Kieran Molloy lost a unanimous decision to India’s Duryodhan Singh Negi.

At 57kgs Ireland’s Michaela Walsh beat America’s Guadalupe Gutierrez on a split decision but was eliminated in the quarter-finals by India’s Sonia Lather on another split points verdict. America’s Andrea Medina had to settle for the silver medal at 57kgs, overcome on a split decision by Ukraine’s Iuliia Tsyplakov in the final.

Ireland had two strong boxers in the lightweight division. However Finland’s Mira Potknonen eliminated both. The Finn secured a unanimous decision win over Amy Broadhurst and moving on eventually to the final she met Kellie Harrington. Potkonen beat the former World gold medallist on a split points verdict.

Irish featherweight Kurt Walker met experienced Ukrainian Mykola Butsenko in the quarter-final, losing a split points verdict. But Walker was positive, saying afterwards, “Great two fights out here in Bulgaria. Performed well and right where I want to be before the Olympic qualifiers in March.”

Ireland also had Dean Clancy in the same division. He lost his first bout at the Strandja to eventual gold medallist Francesco Maietta of Italy by unanimous decision.

At 63kgs Ireland’s George Bates lost to India’s Shiva Thapa on a unanimous points verdict. His team mate at the same weight Wayne Kelly was also in the competition, beaten by Italy’s Paolo Di Lernia on a split decision.

Bulgaria’s Radoslav Pantaleev, who boxed for the British Lionhearts franchise in the World Series of Boxing, won gold in his home country at 91kgs.

At super-heavyweight Italian veteran Clemente Russo is still going. He unanimously outpointed Antoine O’Griofa in the opening contest. American super-heavy Richard Torrez reappeared with a unanimous win over India’s Narender but had to withdraw from the competition. His US rival Antonio Mireles lost his first bout to France’s Dini Aboudoi Moindze Djamili, a unanimous decision.

Overall the United States won six medals, three gold, two silver and one bronze, with most of their success coming from their women’s team. They were second on the medals, which Ukraine led with 10 medals in total.