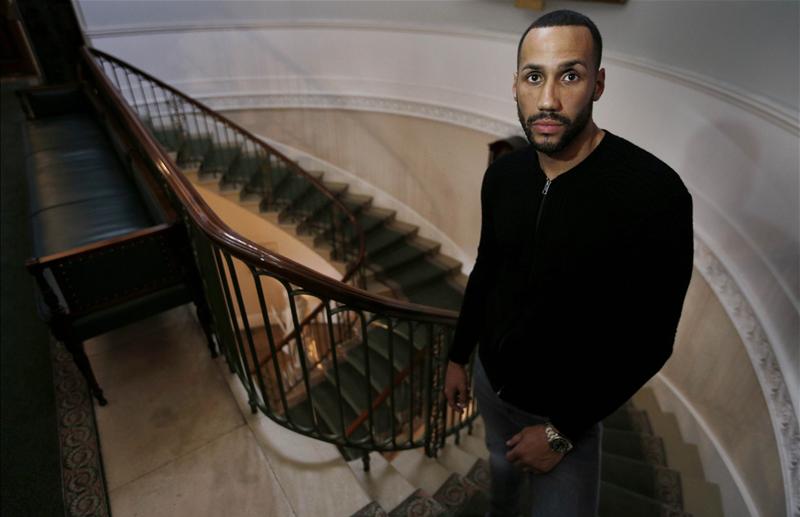 AS expected, it was today confirmed that Carl Froch has relinquished the IBF super-middleweight title leaving James DeGale in position to challenge for the vacant belt. Negotiations have commenced with the next available contender, Andre Dirrell, to take on DeGale for the championship on the proposed date of April 25 at the O2.

“James has done a lot of waiting and now he’s going to get his shot,” said Matchroom’s Eddie Hearn. “We have 28 days to negotiate with Andre Dirrell but it won’t go 28 days. We believe on April 25 James DeGale will be the new IBF super-middleweight champion of the world.”

DeGale’s advisor Ambrose Mendy – integral in creating some of the biggest British fights in history involving the likes of Nigel Benn and Chris Eubank – voiced his displeasure that Froch, who is still WBA champ, had snubbed a showdown with the 2008 Olympic champion. “The Cobra” has been inactive since defeating George Groves in their May rematch at Wembley. Meanwhile, DeGale has been sat atop the rankings waiting for the chance to become the first British boxer to win both an Olympic gold and a professional world title.

“In many respects seven months have been wasted,” Mendy said. “We were told he was going to meet the winner [of Froch-Groves II]. Only Carl knows the reason why he didn’t take that fight. James doesn’t care who he fights, even if it was was Andre Ward. James DeGale is the best 168 pounder in the world, bar none.”

Hearn denied that Froch – who will be out of action until at least the summer with injury – had gone back on a verbal agreement to fight DeGale, but Mendy believes the Nottingham veteran’s legacy will be affected if he fails to clash with the Harlesden man down the line.

“I sincerely hope he [Froch] doesn’t retire because when James wins the world title, and Carl is still there, they can fight then,” Mendy said. “To not fight him once is a mistake, but twice shows he’s scared.”

DeGale, looking relaxed on his 29th birthday, is relieved to just be fighting for a world title at last.

“I’m willing to fight anyone,” he said. “Whoever you box for a world title it’s going to be hard. Finally my chance is here. I’m excited and I can’t wait for it. [Andre] Dirrell is a tricky hard fight. He’s a good southpaw. I’m looking forward to it. It’s going to be tricky but trust me, I’m making history.”

The fighter returned to form in 2014, hammering world-rated duo Brandon Gonzales and Marco Antonio Periban inside the distance. DeGale insists a persistent groin problem hampered his form before that.

“I’m always learning in the gym,” he said. “That groin operation done me for a year-and-a-half. It feels like watching my last two fights I’ve made loads of improvements but that’s not the case, I’m just back to my old self.”

DeGale’s trainer, Jim McDonnell – who twice fought for world titles – is excited by this opportunity.

“Watching James on an everyday basis from where he turned pro to where he is now he’s gone from man to a boy,” said McDonnell. “I don’t blame Froch for not taking this fight but I just wish he’d let us know earlier. He’s [DeGale] a phenomenon, so enjoy him while he’s here.”

Should Dirrell fail to agree terms, negotiations will begin with the next contender on the IBF’s list, Gilberto Ramirez. Hearn confirmed that a rematch with George Groves – the only man to beat DeGale – is a fight he would like to make for James in the future.