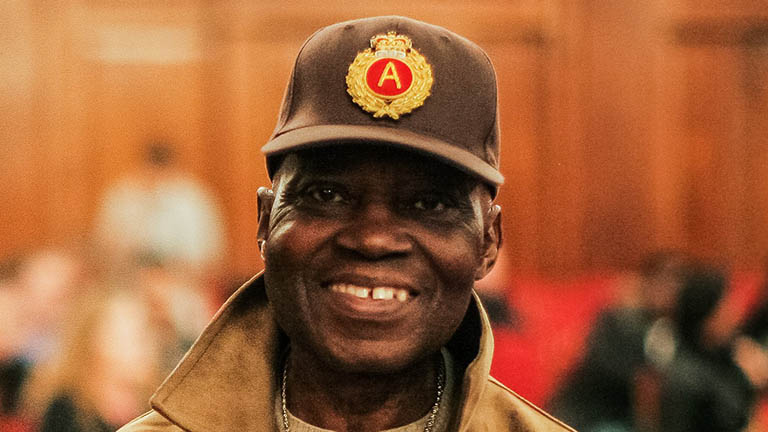 Isola Akay's legacy will continue in the All Stars club

THE founder of All Stars amateur boxing club, Isola Akay was laid to rest at a funeral service on Thursday (June 27). He had passed away peacefully in hospital on June 15.

Mr. Akay, who had been awarded an MBE, was one of the torch bearers for the 2012 Olympics and was recognised as one of London’s Unsung Heroes by the BBC. Over the years he supported and helped countless young people through his work at the boxing gym.

He wanted to create a club that was accessible to everyone. “Originally it started on the sixth floor of a block of flats,” he continued. “Training in the hallway of the flats. Then the council heard about this man training up to about 20 of us crammed into the sixth floor and this is how it sort of started.”

It would become a well established gym. His son said it was “to be a safe place [from] the racism we faced. Over the years my dad kept the same ethos that everybody was welcome, it wasn’t black kids or just white kids, it was for everybody. It was a club that everybody could come to, all nationalities, all races, all religions etc. can come to. What we found over the years, a lot of the kids who had issues with the law, at home, school etc. they found refuge at All Stars. My dad spent a lot of his time mentoring them, playing the father to them and advising them. He took time out, when some of the kids got in trouble with the police he’d go to the police station and try and get them bail and talk to them. If boxers were in prison, he’d talk to them to think about what they were doing. He was trying to lead to a better path.

“A lot of people had their chance to tell their story [after the funeral] and give a tribute. So a lot came out about what he did.”

Mr. Akay’s legacy will continue in the club itself, which despite troubles remains in place on the Harrow Road in London. “My sole focus has been on keeping it going, even when we faced so much from the landlord, so much pressure from them to get out, move out,” said Muf Akay, who now manages the club. “We finally got a new lease now which started this year. The rent has doubled … but what can we do? We have to stay there and we got the landlord to do the works the promised to do five years ago.”

“It was a massive long court battle,” he said. “But they’ve done the work now and the lease has started. So now I’m focusing on moving forward.”

“He won a junior novice national title in 2016, he won the Youth Haringey Box Cup last summer and was judged the best Youth boxer at the tournament, so there were signs that he was going to do something and he’s delivered this season,” head coach Martin Webb said.

Only 18, Gordon boxed for the first time without a headguard in the national Elite championships where he reached the semi-finals. “It can be a bit of culture shock,” Webb said. “He faced Elliot Whale, an 100 plus [bout] veteran. It was always going to be a tough one but he more than held his own and had his moments.”

While he didn’t win a gold medal at the Haringey Box Cup this season, in 2018 Harwich had three entrants who each won gold at the Box Cup.

Paul Gordon, his brother, has also been boxing well and Cilian Hardy is progressing into his first year as an Elite boxer, unbeaten this season winning five bouts out of five.

Both Rio Gordon and Kilian Hardy were in action when Suffolk Boxing Academy staged a team match against Tyne Tees and Wear at the Brackenbury Sports Centre in Felixstowe on May 17. Facing Hartlepool Elite ABC’s Ben Henderson, an eight count in the second round helped Rio’s cause as he forced the pace throughout to take a clear unanimous points decision. Kilian Hardy beat Rotterdam’s S. Wetterings on a split.