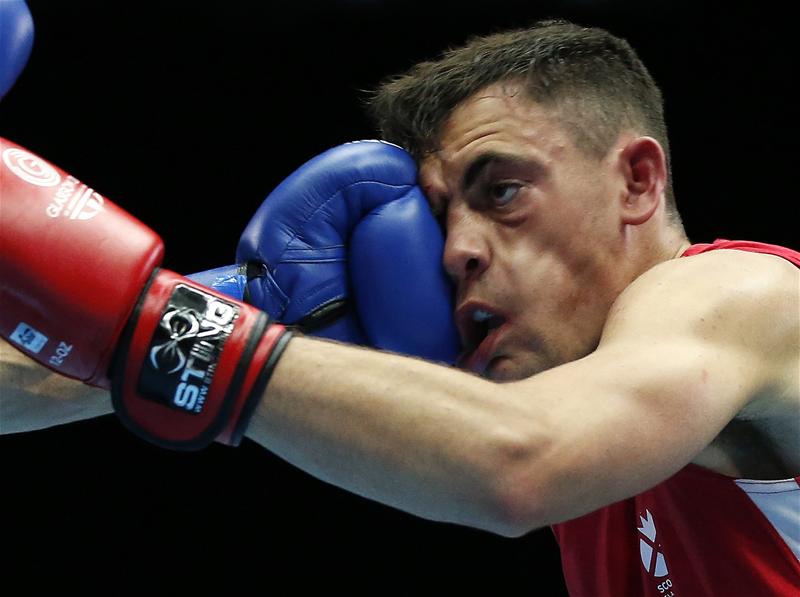 The gym won Local Club of the Year at the Scottish Sports awards, writes John Dennen

2014 was a good year for Glasgow club Springhill ABC. Three of their boxers represented Scotland at the Commonwealth Games and Springhill won Local Club of the Year at the Scottish Sports Awards.

“Just for services to the community, what the club offers, what it gives back and obviously we’ve had a good few success stories,” said the club’s Allan McGoldrick.

Head coach, Frank Delaney has driven their competitive results but he also makes the gym available to boxers at all levels from elite to beginners. “Whether it’s boxing you’re looking to be involved in or somewhere to go for the kids in the community or the adults. But in turn the club’s had a lot of success with the boxers this year. We had three of our boxers in the Scottish boxing team at the Commonwealth Games, one at middleweight [Kieran Smith], one at super-heavyweight [Ross Henderson] and one at light-heavyweight [Scott Forrest],” Allan said. The three Springhill representatives at Glasgow 2014 all lost the eventual gold medallists at the Commonwealth Games.

“We’ve also got one of our Youth boxers, Willie Hutchinson,” McGoldrick added. “He’s current British champion, he’s also Scottish champion and he just recently won the European championships at middleweight. He’s a Springhill boxer as well, beat a Russian in Russia [at the Europeans].

“We’ve also got a female Scottish champion, Lynn Calder, she’s lightweight as well. We’ve had a few more female boxers coming out of the club this year. The club’s been trying to drive the female participation through Boxing Scotland  and more into the club as well.”

The elite boxers inspire all the members of the gym. “They’ve got the talent and it’s striking the balance with the community work,” McGoldrick said. “Anyone from the community can use it. If they don’t want to box, they’ve invite to come up and train, learn discipline, health and fitness, improve their lifestyle and stuff like that.”

In 2015 the club plans to reach out to local schools to set up after-school clubs. “We like to push on each year and not rest on things,” McGoldrick continued. “It really all comes from how people are treated in the club, it’s really quite welcoming. It’s a big family, everybody likes to do their bit and Frank, the head coach, is an absolute gentleman.”