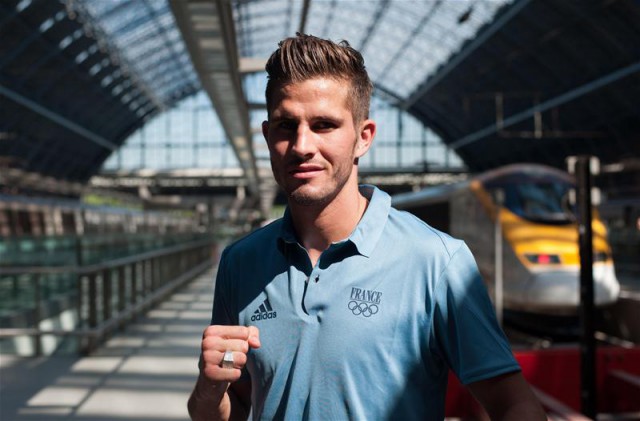 The Olympic medallist was among 10 people who died in Argentina

FRENCH amateur boxer Alexis Vastine was among 10 people who died in a helicopter crash in Argentina.

Two other French sports stars died in the accident, Olympic swimmer Camille Muffat and sailor Florence Arthaud. They were all taking part in French reality television series Dropped when the accident occurred. Vastine was only 28 years old.

Vastine was a top Olympic athlete. He won a bronze medal at Beijing 2008. He also boxed at London 2012 where he suffered a disputed countback loss to Taras Shelestyuk in the quarter-final. His brother Adriani is also an international amateur boxer.

Amir Khan, who beat Vastine in the 2004 Junior World championships, said on social media: “I’m very sad to hear of the passing of Alexis Vastine. I had the pleasure of competing against him in the amateurs and would like to send my deepest condolences to all his family and friends during this difficult time.”

The British team often shared training camps with their French counterparts. In a statement GB Boxing said: “Everyone within the organisation is extremely saddened to hear of the tragic accident which has resulted in the death of 10 people in Argentina and included the French boxer, Alexis Vastine.  Our thoughts are with the families and close friends of all of the people involved in this terrible incident.

“Over the years, a number of boxers from the GB Boxing squad have competed against Alexis who was a top-class boxer and a fine sportsman who achieved a great deal in the sport, competing at two Olympic Games, winning a medal at one of them.

“Away from the ring he was a well-liked person and got on well with our boxers and coaches when we saw the French team at tournaments and training camps around the world.  He will be very sadly missed and our thoughts and condolences are with his family and friends.”