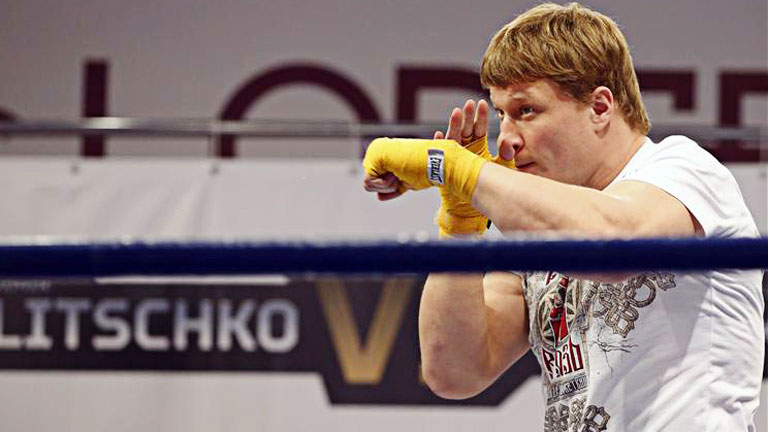 Alexander Povetkin handed a punishment by the WBC

ALEXANDER POVETKIN has been suspended indefinitely by the WBC after failing two drug tests in 2016.

WBC president Mauricio Sulaiman announced yesterday that the organization has suspended Povetkin from participating in any WBC-sanctioned bouts indefinitely and fined him $250,000.

Plus, VADA (the Voluntary Anti-Doping Association) will concuct a specific drug-testing programme for Povetkin at his expense. That will last one year and the WBC also confirmed that if Povetkin tests clean for that entire year, they will review his case and consider allowing him to fight in WBC-sanctioned fights again.

“At that time, if the results of every anti-doping test he has taken pursuant to the testing protocol set forth are negative, the WBC will consider deferring the remaining of his suspension, during which time he would be placed in a probationary status and would continue to undergo testing,” the WBC said in its ruling.

Povetkin was due to challenge WBC heavyweight champion Deontay Wilder last May but the fight was cancelled nine days before it was set to go ahead after it emerged Povetkin had tested positive for banned susbtance meldonium.

It had only been added to the banend list in January 2016 and Povetkin admitted he had used it in 2015, when it was still a legal substance. The WBC decided it did not have sufficient evidence to ban Povetkin at that time, but did rule that if he were to test positive again within a year, he would be suspended indefinitely.

One day before he was set to fight Bermane Stiverne for the interim WBC title in December, it emerged Povetkin had tested positive for ostarine, which has been a banned substance since 2008.

Stiverne withdrew from the fight and the WBC withdrew their recognition of it, so Povetkin fought Johann Duhaupas instead and destroyed him in the sixth round.

Povetkin and his team have not yet commented on the WBC’s recent ruling.