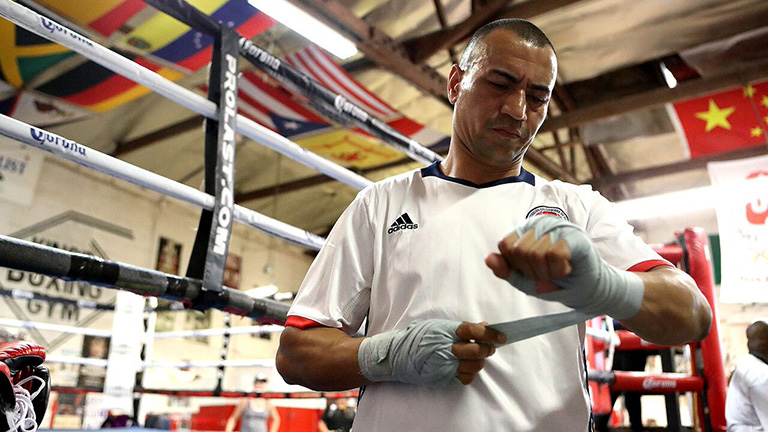 ANY boxing promoter can tell you that some fights sell themselves. While others, such as this Saturday’s light-heavyweight bout between Andre Ward (29-0, 15 KOs) and 39-year-old Alexander Brand (25-1, 19 KOs) from Colombia, barely serve as consolation to fight fans who have been clamoring for bigger things from the former super-middleweight kingpin.

The contrast between the two fighters, in terms of their resumes and abilities, is stark. Flash back a handful of years and Brand, already in his mid-30s, was barely starting his professional career while Ward tested his mettle against the likes of Mikkel Kessler, Arthur Abraham, and Carl Froch, dominating the tournament that would eventually make his a household name.

Ward knows every trick in the book and has won virtually every round against world class opponents from every corner of the world. Brand’s most notable fight to date was a painfully awkward split decision loss to current WBC Super Middleweight belt holder Badou Jack.

Needless to say, few people were excited about this match-up when it was first announced. Weeks later, with the stealth and thrill of a passport’s expiration date, fight week has crept up on us and the promotion has run its course with very little done to drum up enthusiasm.

To say that Brand has been a man of few words during this promotion would be colossal understatement.

When asked this week what he will present to Andre Ward that the former champion hasn’t already seen, he replied “I believe speed, experience, and preparation.” When pressed, what about Ward will pose the biggest challenge for him? He answered leisurely, “Nothing. We have to fight.” Does anyone have a Batman suit we can lend this guy?

Despite the perceived tedium, an Andre Ward fight is must-see-TV for boxing purists. His status as one of the best in the sport cannot be disputed and his craftsmanship in the ring, while not very attractive to the casual fan, remains nothing short of remarkable.

While it’s a major mismatch on paper, Ward is keenly aware of the fact that he must clear this hurdle before facing, arguably, the toughest test of his career later this year, in unified light-heavyweight champion Sergey Kovalev.

This Saturday night, he returns to the Oracle Arena in his hometown of Oakland against a “dangerous guy” that has “everything to gain and nothing to lose”.

“In this business you can’t afford to have a bad night,” said Ward. “Even if you beat him but you’re not your best. That’s not what I’m trying to give the audience and myself.”