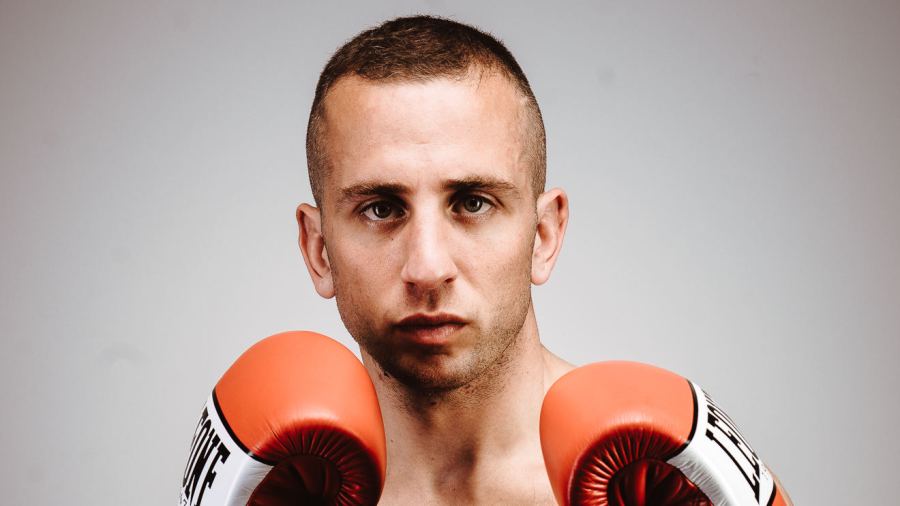 When and why you started boxing:
Back when I was a kickboxer, I went out to Cuba to improve my pure boxing skills. This started my passion for boxing.

Favourite all-time fighter:
Sugar Ray Robinson became a legend in one of the toughest eras.

Personal career highlight:
I’m proud that I’ve won all 26 of my fights so far.

Toughest opponent:
Juan Ruiz retired with a broken rib after the third round [in October 2019], but those three rounds were very difficult for me. He was tall and had remarkable power in his punches.

Best and worst attributes as a boxer:
My best attribute is definitely my punch power, especially with my right hand. A weakness, however, is my lack of an extended amateur career in boxing. I turned professional after only 13 amateur boxing bouts, although I had well over 150 kickboxing bouts, amateur and pro.

Training tip:
Generally, I dedicate the morning to physical preparation and running, while in the afternoon I train in the gym, sparring and working on my boxing technique.

Favourite meal/restaurant:
Being an Italian, my favourite food is pizza. There are so many excellent pizza restaurants in Italy. When I’m training in Mexico, where I prepare for my fights, I love to eat tacos and all the other Mexican culinary specialities.

Best friends in boxing:
The two-time Cuban Olympic champion Hector Vinent really helped me when I first arrived in Cuba to begin boxing training. I also owe a lot to my manager, Marco Piccini, who has given me so much support.

Other sportsperson you would like to be:
As a child I wanted to play football.

Last film/TV show you saw:
My favourite movie is Goodfellas and my favourite series is The Sopranos.

Who would play you in a film of your life:
I’d like to be played by Robert De Niro in his heyday.

Have you ever been starstruck:
When I went to the 2018 WBC Convention in Kiev, Ukraine, I saw legends like Roberto Duran and Oscar De La Hoya in person.

Best advice received:
It was news rather than advice, but I remember being so happy when my manager Marco told me that I was going to be fighting Ivan Alvarez in Florence in 2019. It was my first fight back in Italy for over seven years.

Worst rumour about yourself:
I can’t wait to silence the people who have said that I’m not up to fighting the top boxers in the welterweight division.