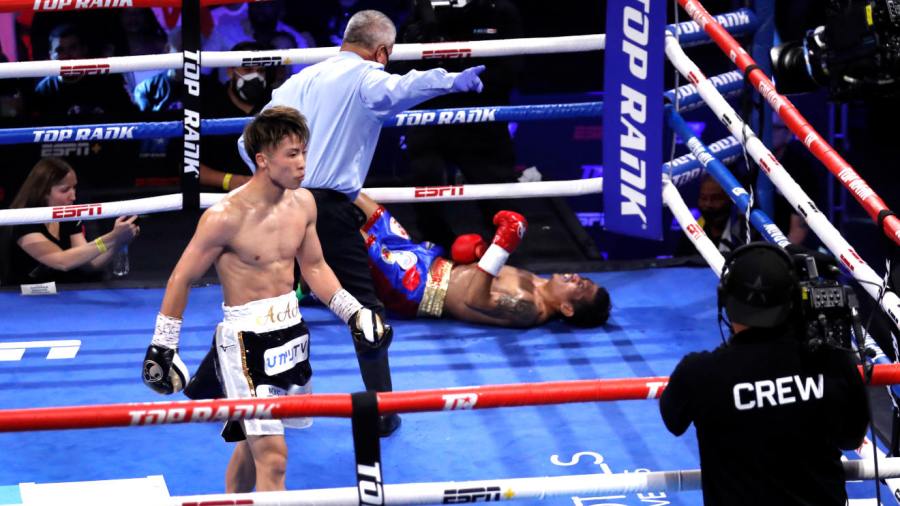 FEARSOME bantamweight champion Naoya Inoue delivered as expected. In three rounds he destroyed Michael Dasmarinas to retain his WBA and IBF 118lb titles at the Virgin Hotel in Las Vegas on Saturday (June 19).

The Japanese star dropped Dasmarinas three times, relying on his powerful body shots. “After he went down with a body shot the first time,” Inoue said, “I pretty much decided that I was going to take him out with a body shot.” Dasmarinas just could not withstand Inoue’s crunching left hook to the ribs.

The next natural step is for Inoue to try to became the undisputed champion. Nonito Donaire, whom Inoue beat in a thrilling 2019 clash, claimed the WBC belt with a dominant victory over Nordine Oubaali last month. He announced that he will box the WBO titlist John Riel Casimero on August 14. The winner of that would be the perfect opponent for Inoue.

“Of course that was on my mind,” Inoue said. “And looking forward, it was a motivation for me to basically show them and basically appeal to them that, hey, I’m out there and I’m good.”

“They are both hard punchers so it’s very difficult to guess who is going to win,” he added. “But I feel like the possibility of a decision is relatively low.”

Isaac Dogboe scored a big win on the undercard, defeating featherweight Adam Lopez on a majority decision, 97-93 and 96-94 for Chris Migliore and Don Trella. Dave Moretti had them level at 95-95. This win should catapult the former champion back to world title contention.