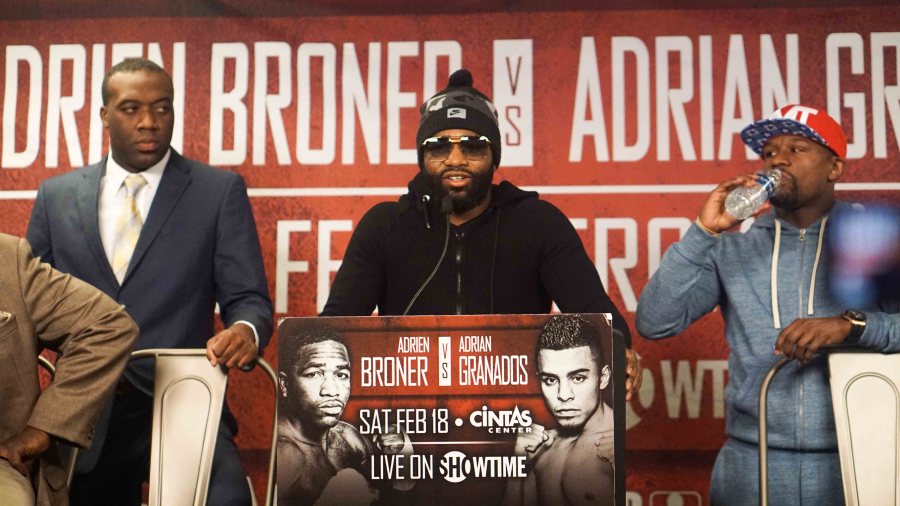 ADRIEN BRONER has a fight booked in against Adrian Granados on February 18 in Cincinnati. But he maintains he would be the most appealing opponent for Manny Pacquiao.

“He needs me,” Broner insisted. “What did he get paid for his last fight?

“I just know the status of me and a fight like Pacquiao. I know what it would do. It would do crazy numbers. At this point most definitely I feel like the biggest fight for me in boxing is Manny Pacquiao.”

He was unimpressed at the concept of Pacquiao fighting Australian Jeff Horn. “I don’t even know who that guy is, no disrespect to him. I’ve never seen him fight. But if he got the chance to fight Manny Pacquiao he’s obviously not a bum, but at the end of the day we all know what a fight with Manny Pacquiao and Adrien Broner would do. So they need to stop dragging their feet and make it happen,” Broner said. “I told everyone make the numbers right and we have a fight.”

He seemed confident that he would defeat Pacquiao. “I have the ability to beat anybody. It’s just up to me. As long Adrien Broner is on top of his a game nobody beats me,” he said. “I have a lot of years left in boxing and the big fights have yet to come for me. My biggest fight right now will probably be a Pacquiao right now. But then you’ve still got boxing after that. I’ve still got the Danny Garcias, the Keith Thurmans, a rematch with Shawn Porter.