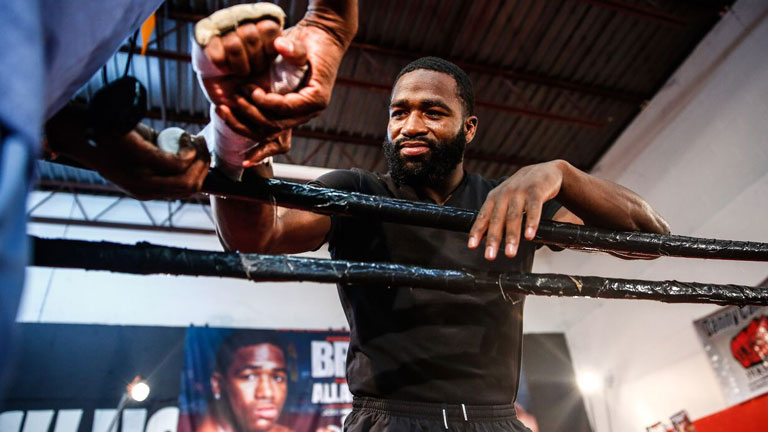 Adrien Broner insists he has matured, though increases weight limit for Granados fight to 147lbs

THE weight limit for Adrien Broner’s February 18 clash with Adrian Granados in Cincinnati has been increased from 142 to 147lbs. Broner did not dwell on the change, saying, “I’m really not worried about the weight right now. It’s all about staying focused and putting on a great show for boxing.”

He insists, “Training camp has been great and like I said before, I’m just ready to fight and ready to go out here and put on a great show not only for the city but for boxing and we’re going to step it up from here on out.”

Once again Broner maintained that he is a changed man. “I’ve been living the fast life and I’ve calmed down a lot and just coming back home and just seeing everything. It just brings me back down, right, so I’m in a great mind state right now and I’m just ready to put on a great show,” he said.

Broner has even been taking advice from Floyd Mayweather. “I was young. I’m pretty sure a lot of people who’ve been as successful as me or even more successful than I am today, have been through a lot of the same things and I know one person to have and that’s Floyd Mayweather and he tells me all the time ‘You’re going to be okay,’” Broner said.

“He says, ‘I’ve done some of the things you’ve done before but it’s all about learning from your situations,’ and that’s what I’m doing, I’m learning from my situations and now it’s just time to grow up.”