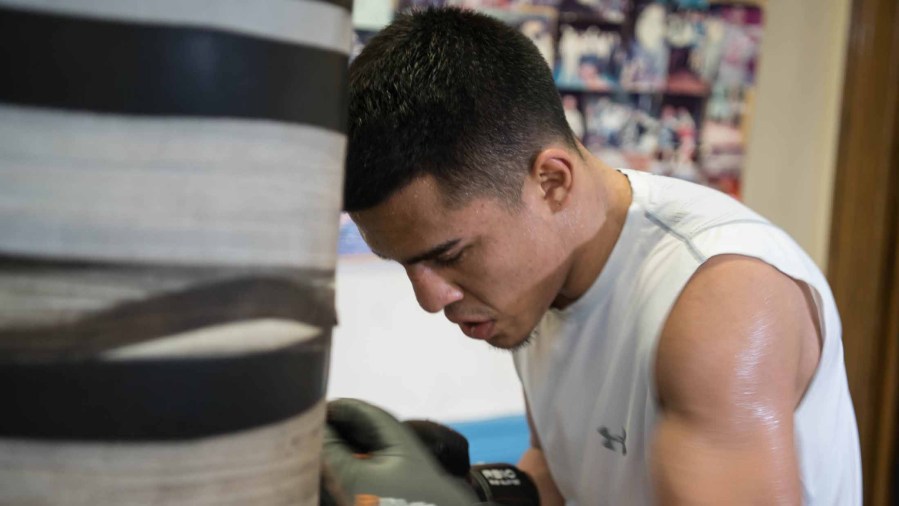 'That was bloody, some days we were both bloody,' says Adrian Granados

ADRIAN GRANADOS has recalled his experience of sparring Adrien Broner.

“They were electrifying sparring sessions, we were putting on a show for the camp and yes, that was bloody, some days we were both bloody. There were just two dogs trying to get at each other and I was quiet at first but I mean, I’m from the neighborhood, from the streets too, you can’t get too tough for me,” Granados said. “I’m raised in Chicago, we’re the murder capital of the world right now so I have some stuff to say back and that was entertaining, I actually got a lot more respect like, okay he’s not going to take that and he can talk some of his own too so it was cool afterwards.

“We would just shake hands and go work and we would just chop it up, we got to kick it outside of the ring too and then he was a real cool dude. Like I said, everybody got their own outlook on him but I seen him as a cool ass dude.

“He was down to earth, funny and he was a good cat, and it was electrifying sparring and it’s going to make for an electrifying fight and sparring is going to be completely different from the fight because you got less leather and no headgear and it’s just going to be me and him and we’ll see what happens.”

Ahead of their contest on February 18, Granados’ esteem for Broner is clear. “I think he’s a great, true competitor. I know he was brought-up the right way but once he got to the new level, he took a lot of tough fights that he didn’t have to, Marcos Maidana being one, Shawn Porter being another one, myself included, we’ve seen, he’s a true competitor,” Adrian said. “He wants to be a great fighter and he wants to be remembered as a great fighter and that’s why I respect him for taking this fight, it’s at a time when really nobody’s trying to fight and no, there were talks of so many fights that would get on and fall off, get on and fall off.

“I’ve been going through hell this past year waiting on a big fight and finally I got one and although yes, we do have a friendship and a mutual respect, we know we’re in the business and we’re not into team sports and there can only be one.

“A lot of people they didn’t want to fight me and I was calling people out and him included and he accepted it so I mean, this is great and it shows how much of a real man he really is.”