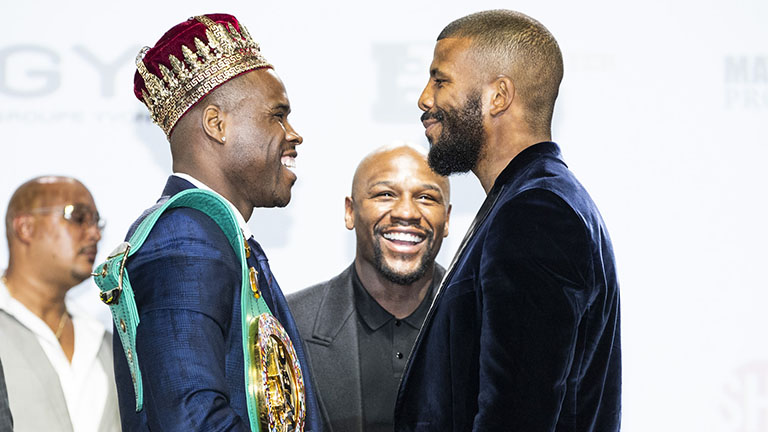 Adonis Stevenson vs Badou Jack fight time and where to watch it. Jack Figg has the details

Here is all you need to know about Saturday nights event.

12 three-minute rounds in the light-heavyweight division.

The fight will be shown live on Sky Sports Main Event (channel 401) with coverage beginning at 2.00am in the UK. In the USA Showtime will broadcast the fight, their programming starts at 10.05pm ET.

You can also use the Sky GO app.

Adonis Stevenson is making his ninth defence since winning his title  in June 2013 against Chad Dawson but the Canadian has only fought six times in four years. In that time Badou Jack won the WBC super-middleweight title against Anthony Dirrell in April 2015, made three successful defences and moved up to light-heavyweight beating Nathan Cleverly for the WBA ‘regular’ light-heavyweight title.

Canadian Mikael Zewski has just one loss in 31 contests and formerly held the NABF welterweight title. He faces Argentinian Diego Gonzalo Luque who has a record of 21-5-1 with one of the losses coming against Brit Jack Catterall in December 2016.

Undefeated in 23 contests with 17 knockouts, and a former NABF heavyweight champion, Columbian Oscar Rivas takes on Herve Hubeaux who has a record of 29-2.

Undefeated in 11 contests and a WBA-NABA Canada welterweight belt-holder, 27-year-old Kane Heron takes on Mexican Ivan Alvarez who has a record of 27-9.

Sebastien Bouchard has just one loss in 16 contests and the Canadian comes up against Bosnian Sladan Janjanin who has 24 wins with only two losses and failed in a challenge for the WBC Mediterranean super-middle strap in March 2018.